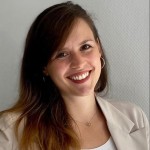 The Christmas and Advent season is usually the time of festive lights. During the most tranquil time of the year, Christmas lights adorn the shopping streets, monuments and Christmas markets of European cities. Due to the current energy crisis, however, several saving measures are required for gas and electricity consumption – and this year, even the often energy-intensive Christmas lights will not be spared.

Do we have to completely forgo Christmas lights and light spectacles this year? Of course not. But one thing is clear: crises do not stick to the holiday calendar, and the current energy crisis in Europe will not take a Christmas break. That is why energy-saving measures can’t either. At the end of July, the 27 EU member states agreed to reduce their gas demand by 15% by 31 March 2023, compared to the average consumption of the past five years. It is up to the member states themselves to decide which specific measures to implement. In September, Commission President Ursula von der Leyen called on all member states to implement “smart savings of electricity” and proposed a binding target for reducing electricity consumption at peak times by at least 5 percent. At the beginning of August, many European cities already cut back street lighting and nighttime lighting of public buildings. At the same time, some cities announced that they will also introduce energy-saving measures for Christmas lights and Christmas markets this year.

The example of Vienna

From mid-November to the end of December, the Austrian capital is the place to be for all Christmas lovers. Every year, numerous Christmas villages create a magical pre-Christmas atmosphere in the city. Despite the energy crisis, this year should be no different, although a number of saving measures have been planned. The city’s largest Christmas market on Vienna’s Rathausplatz opened a week later than usual and will therefore be open to visitors “only” from November 19 to December 26. The Christmas lights at the market will be switched on one hour later than usual. On Vienna’s shopping streets, the lighting time of the Christmas illumination will be significantly reduced this year – to 364 hours compared to about 660 hours last year, which corresponds to an electricity saving of almost 45 percent. Instead of being switched on from noon to midnight, the lights will be turned on at 3 p.m. and turned off at 10 p.m. In addition, the city wants to make greater use of LED lamps this year. The transition to LED lights, which began about 10 years ago, will finally be expanded to the majority of Christmas lights this year. Sometimes crises do bring something positive after all… In other parts of the city, however, there will be no Christmas lights, for example on the Ringstraße, which runs around Vienna’s historic center. The city’s most popular ice-skating rink, the Wiener Eistraum, which always takes place in January on Rathausplatz, may also be cancelled this year.

How do other cities react?

Similar to Vienna, Brussels is planning to reduce its Christmas illumination by about 50% this year. However, Brussels’ city center with the famous Grand Place should be less affected by the savings measures than other parts of the city. In Italy, there is also no intention of completely abandoning Christmas lights this year. Genoa – which together with San Sebastián has been named European Christmas Capital 2022 –  wants to rely primarily on LED lighting in the spirit of saving energy, as do many other Italian cities. Salerno, Italian capital of festive decorations, will display Italy’s largest lighting project “Luci d’Artista” for just one month this year, from December 8 to January 8, with the lights already turned off at midnight. Switching to LED lights also plays an important role in Germany. For example, the popular “Christmas Gardens” – parks with artistic light installations, ten of which now exist throughout Germany – are to take place again this year from mid-November to mid-January. The organizers announced their intention to reduce energy consumption by switching to LED lamps and shortening opening hours. More radical decisions were taken by Berlin’s city senate. According to the city’s senator for economic affairs, there is no logical argument in favor of Christmas lights at a time when the entire population is called upon to save energy. Therefore, the Berlin senate does not want to contribute to this year’s costs for the famous Christmas lights on the Kurfürstendamm, Berlin’s most popular shopping street. Needless to say, there was a lot of emotional criticism from representatives of trade and industry. The working group responsible for the annual illumination on the shopping boulevard now wants to finance the necessary 600,000 Euros through donations.

Is it all really that bad?

We often hear that especially in times of crisis(es), people need positive vibes. As a time of peace and contemplation, the Christmas season also provides a welcome distraction from the worries of everyday life for many. Christmas lights, light shows and Christmas markets contribute greatly to the festive atmosphere and often convey warmth and optimism to people. At the same time, however, we must admit that in some places our fondness for Christmas decorations has taken on exaggerated proportions. In times of crisis – and in the interests of saving energy – it should not be too much of a problem to cut back on some of it. Above all, the whole thing should not be blown up so emotionally. Saying that Christmas illumination on shopping streets is important to promote regional shopping and maintain business diversity is certainly a justified argument. People will rather go shopping on beautifully illuminated streets than in the dark. Therefore, it is a good thing that we do not have to completely forgo decorative lights this year. Yet anyone who claims that without Christmas lights on the streets, people are deprived of any sense of joy and security during one of the most wonderful times of the year is exaggerating. Shorter opening hours of Christmas attractions and reduced lighting times of shopping streets hardly restrict our everyday life – but, at the same time, counteract the energy shortage. The fact that some places are doing entirely without energy- and cost-intensive Christmas lighting this year is a good and responsible move. Above all, it is also a sign of solidarity. Crises do not take holiday breaks. Pretending for a while that the energy crisis does not exist, just so that we can indulge our almost excessive penchant for Christmas lights, would be simply irresponsible and lacking in solidarity. After all, it is also possible to have a contemplative and peaceful pre-Christmas period in energy-saving mode. The only prerequisite for this is a life in peace, democracy, and freedom – values for which we in the European Union should be particularly grateful this year. 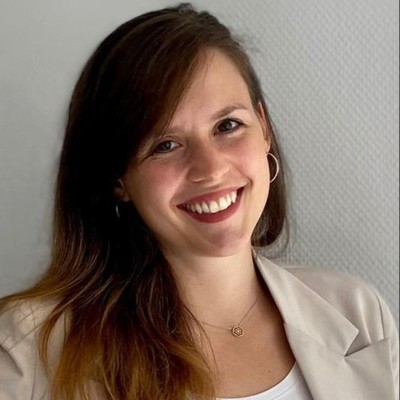 Anna studied foreign languages (English and Italian) and European Studies in Vienna. She is half Austrian half Italian and loves working in international environments with people from different cultural backgrounds. Her experiences abroad have already brought her to Helsinki, Oregon (US), Rome and Brussels. Anna has a great interest in EU affairs, foreign policy and diplomatic relations.
[email protected]

Anna studied foreign languages (English and Italian) and European Studies in Vienna. She is half Austrian half Italian and loves working in international environments with people from different cultural backgrounds. Her experiences abroad have already brought her to Helsinki, Oregon (US), Rome and Brussels. Anna has a great interest in EU affairs, foreign policy and diplomatic relations.

International Women’s Day 2021: How to make it count