If you hope this article talks about parallel universes, as proposed by theoretical physics and science fiction, then you will be disappointed. But unfortunately, we are faced with a very real threat from alternate realities. The main difference is that these alternate realities are completely congruent with our own; they just differ in people’s minds.

Humans are social creatures. We have an inherent need for social interaction and belonging. But people are also very different. With different ideas come different identities. To establish a coherent functioning society, we require narratives.

Sometimes these narratives are imperial, or national. At other times, these narratives connect us through various ideas and values. It can be a cultural or historical connection, or simply the fundamental understanding of what constitutes our common society.

These facts are the building blocks for our society. Without them, society falls apart. That is why narratives that run counter to the main narrative of our society, narratives that aim to establish alternate realities, are incredibly dangerous.

Prerequisites for an alternate reality

There are many different ways in which these alternate realities can be created. But one foundation is key: the absence of knowledge about the functioning of the world. Why would someone participate in ridiculous and dangerous herd behaviour like the tide pod challenge? Because those people don’t know about the inherent dangers of ingesting the fluids contained within tide pods. But if they see or hear that many other people are doing it, they will blindly follow. That is what psychologists call the herd mentality. The upheavals and many fascist regimes of the 20th century have given us great insights into mass psychology.

Much like animals, we may be individualistic in nature, but also prone to falling in line with the rest of our species (or herd to continue the metaphor). Herd mentality is useful in dangerous situations. For example, if there is one person at the edge of the group, who spots a dangerous predator, screams and runs, the rest of the people in the group will follow suit and also run away in a frenzy, even if they themselves did not see or hear the predator. A random stranger yells “gun!” and you will likely react and instinctively trust that the warning is true.

Unfortunately for us, humans have developed the ability to lie and manipulate and therefore exploit the otherwise beneficial traits we gain in the masses. On the smallest scale, these manipulations can equate to trolling and lead to a nomination for the Darwin award. At its worst, it can create a fully-fledged alternate reality, shielded from any outside interaction. This way even the greatest empires can fall from within.

For this to work, the general level of education must sink to a very low level. This can happen either because of social and economic inequalities, or catastrophic events, like wars. It can also happen over a long period of time. For example, as decadence grows, education systems are not updated. New information will remain obscure to you. This escalates the more complex the world becomes. How do capital markets work? What about computers? Why are some countries at war with each other? Can I trust the medicine I put in my body?

These are all basic questions a person could ask themselves every day. The answers are often complicated and require a good understanding of the world around us. But what if we never learned any of this from school or from our parents? Most of us will only have partial understanding of how different standards and systems work. But there are those who are blind to all of it. They find themselves surrounded by mysteries, wherever they look. Worst of all, they lack the tools to discern what is real and what is not. 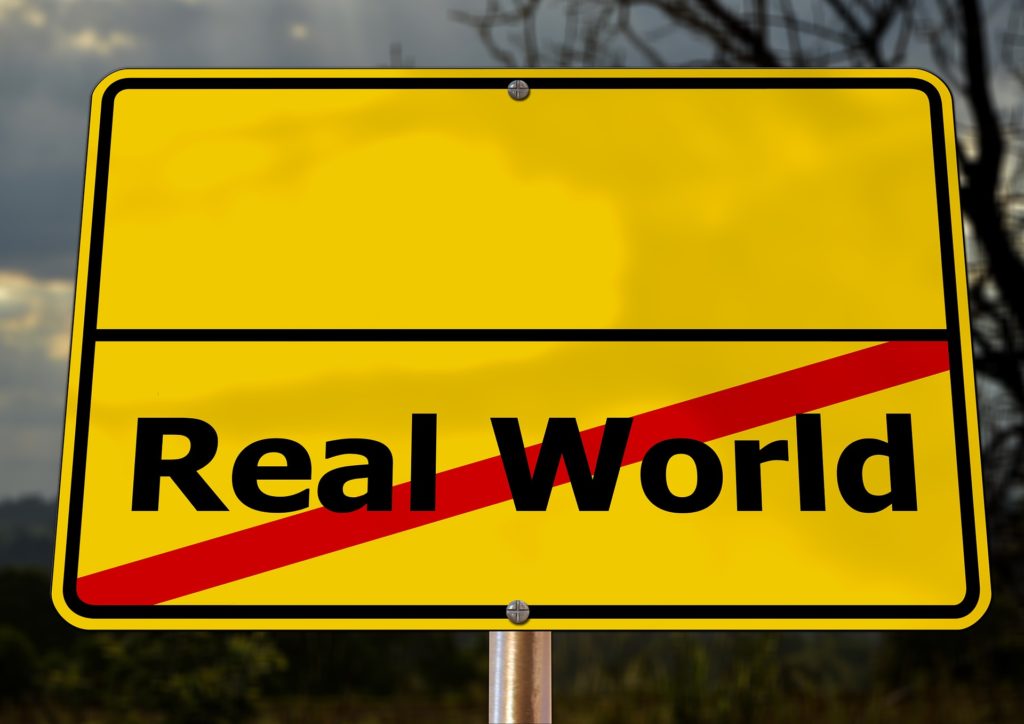 How to create an alternate reality

Let us assume we live in a world with weak or outdated education systems (as I would argue is the case right now). How would we go about creating an alternate reality? The first step is to identify weaknesses in the system. Corruption, nonsensical laws and inequalities are always a good start, because there has never been a system without some form of all of them.

Next we look for an out-group we can associate with everything that concerns us and the members of our in-group. Do we have strong or weak political leaders? They are weak? Alright, then we can blame them for a lot of our problems and shake people’s faith in established political institutions. They can be a single political party in a bipartisan system, or a more obscure enemy like “The Elite”.

This can also apply to individual privileged people, such as celebrities or rich people. After all, they have so much money and influence. Perhaps we can also find a religious or ethnical minority for our schemes. Can you imagine what evil goals they pursue every day? If they are not one of us, they must be against us. Xenophobia always works best if it is combined with jealousy. The rich work to keep us poor. The migrants take away our jobs. The politicians just want our tax money.

To build alternate realities you must first destroy reality

As soon as we have identified our issues and scapegoats, we can get to work. Now we get to the most challenging part that used to take years, if not decades. With the advent of the internet, it can happen within days: discrediting reality.

What we perceive to be real is determined by us individually. But our environment and our cognitive skills play a big part in this. We should use scientific fact and critical thinking to shape our understanding of reality. However, we instinctively listen to the herd. Not only that, we are also more likely to trust people we know. If we only see the same person saying the same things on television, it will be the only thing we accept as fact. If all the people we know also watch the same programmes, they will reinforce our beliefs.

When we encounter someone who thinks radically different things about reality, we will immediately get defensive about it. It is a coping mechanism of our brains, which wish to preserve our comfort zones. We yearn to be comfortable and understood. So we are naturally drawn to people, who share our opinions or tell us that we are right about everything.

Fake news as the catalyst for alternate realities

That is why fake news is the easiest way to establish an alternate reality. It is not the only way, but it is more efficient than anything else. You start out small with news stories that have slightly different wording and angles. Eventually, you can establish a canon of words and phrases that you and your readers/viewers know and can repeat to anyone who thinks differently. Because their meaning and use are reserved only for your in-group, they will foster a greater sense of belonging among their users.

Following this, you can be more selective in your news coverage. Certain events are highlighted, while others are not mentioned at all. If you discuss them at all, you give them a very different spin. This separates your audience from everyone else. Dialogue becomes virtually impossible if the facts no longer line up.

To underpin your fake news, it is best to create several fake news channels and media. The more sources are saying the same thing, the bigger the resonance. They need to cite each other and weave a network of lies.

The final step is the falsification of science and history. By creating a parallel science and talking about alternate historical events and facts, you can move away from fake news and create a mythos. A mythos can be more powerful than religion. It is a belief system devoid of morals, logic or fact. All that matters is that we all believe in it. Everyone who does not, becomes the enemy.

It can be frightening how easy it is to manipulate people. Unspeakable deeds can become your daily business and you may not even realise it. That is why I wrote this guide in the hope it will help you or your friends recognise the signs of such lies.

Fascism is born from evil people. But it is your average citizen, who allows it to grow and take over the world. By all means, criticise the media. Hold politicians accountable. But never cease to engage with the world around you. Only when we retreat into our small and comfortable bubbles, do we become susceptible to alternate realities.

Albania: Corruption of the best is the worst

When you see the news about the situation in Albania today you cannot help but wonder: What in blazes is happening there? The government demolished the old fascist era National Theatre and Albanians are very divided about it. When you investigate the matter further through news portals, television, and Facebook, you might think that something […]

Ex-Facebook employee Alexander Mäkelä recently launched a web booklet entitled Social Media for Change – Ideas, Tools and Best Practices for Civic Engagement and Elections with the help of Alberto Alemanno’s The Good Lobby. I sat down with Alexander to discuss his background and experience in social media, as well as exploring just how the booklet […]