Hope and Despair – Is Trump gone yet? 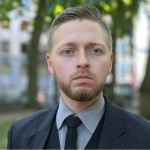 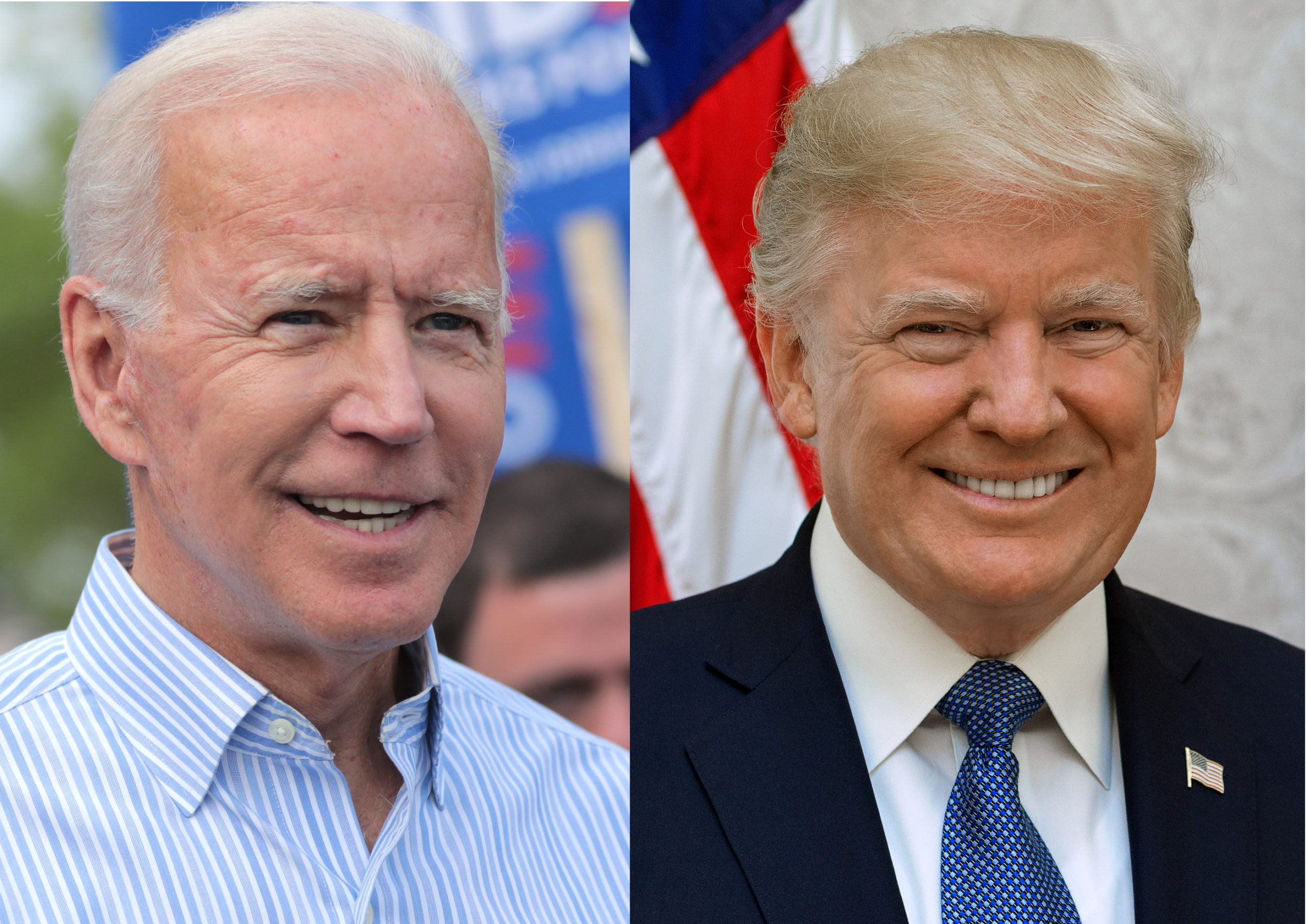 When this article is published, it will be apparent that Donald J Trump has lost his bid for the U.S. presidency. Joe Biden has secured this election and is about to assume the office of the President of the United States’ on 20th January 2020. From almost all corners of the world, we can hear a sigh of relief. This sigh of relief was heard very loudly, especially in Europe. Practically universally, from Lisbon to Berlin and Brussels, people rejoiced when US news channels announced the results of the 59th quadrennial presidential hunger games.

Europeans more than anyone, couldn’t wait for Mr. Trump to vacate the office of President of the United States. The sentiment dominating the European Union’s political elites is best captured by a particular EEAS (European External Action Service) senior official who told me:

“We can hold our breath for four years, but I am not sure if we can do eight.”

The current state of transatlantic relations is compared best to a love-hate relationship. Both partners are stuck with one another, because they are mutually dependent on each other, not because of mutual appreciation. And the resentment towards the USA among Europeans is growing stronger everyday.

The post-1989 era was essentially a transatlantic honeymoon, with Europeans being easily compelled by the American raison d ‘état, sitting cozily inside the American protection system. The 2010s, on the other side, brought slow disillusionment with Pax Americana. After 9/11 and multiple failed wars in the Middle East that have destabilised the region. We can observe that European states are becoming more defiant towards US’ foreign policy and are trying to find their place in the international arena.

In Europe, the question: IS HE GONE YET? is being asked quite often lately as Europeans are preparing for the twilight of the Trump Era and for the return of some sense of normalcy and common sense on Capitol Hill. But we should ask another question. What if he won’t go?

Donald Trump’s recent actions prove that he will not relinquish his office easily and without a fight. The American political system, by many, is thought to be a blueprint for a model democracy. The model weathered many crises over 244 years since the declaration of independence in 1776. Since the American constitution’s conception in 1781, a lot of different legislation and customs arose around it, creating the cornerstone of American democracy.

And like every system, American democracy works as long as people believe in it. Many traditions and customs that we take as given are not enshrined in law.  However, Americans’ trust in public institutions has been declining for a long time, and four years of Mr. Trump in office has seriously eroded that trust. His autocratic tendencies and megalomania are no secret. His time in office can be summed up in a few words: an eternal hyper-partisan campaign focused around the persona of Donald Trump.

So the question remains how Donald Trump can still be in power despite losing elections and most likely the electoral college? And how can the American democratic system allow this?

The USA already took the first step towards the Donald Trump Forever Campaign, which is meant to secure his power base and extend his reign. During his term, Mr. Trump has divided the American nation and systematically undermined public trust in the system. He even openly opposed long-standing institutions like the Environmental Protection Agency and the Education Department, and he even dismantled some of them. He openly made bold claims, without any factual basis and sometimes even shared straight-up conspiracy theories with the public. Mr. Trump was never the President of all Americans. In his speeches, he always used antagonising and devisive rhetoric by using phrases like “draining the swamp”, “we against them” or calling his opponents corrupt and evil.

The legacy that the 45th POTUS will leave behind will be comparable to that of the American Civil War. It will leave the nation deeply divided and highly polarised on many issues for many years to come. It is a sad fact that nearly one third of Americans trust everything Donald Trump says, regardless if it’s a factual statement.

The second step to keep Mr. Trump in power is to create confusion. Like Little Finger, a character from the once popular television series Game of Thrones, Trump thrives on chaos. The most recent example would be his actions during and after election night when all media outlets reported that Mr. Biden is poised to win the election with around 290 electoral votes vs. Trump’s 214 (by now 306 votes for Biden).

Mr. Trump made a declaration in which he stated the opposite. He said that he won the polls by a considerable margin and made very vague claims about widespread voter fraud. Soon hashtags #notmypedophile and #stopthesteal started trending on social media.

The concession speech is an essential part of the American election ritual. This custom allows competing camps to forget for a moment that they are Republicans and Democrats and acknowledge the coming of the new leadership in the next months. Instead of allowing the divided nation to heal, the White House’s incumbent kicked his war rhetoric up a couple notches.

The third step is to delay; by sowing doubts and confusion. Mr. Trump has launched several frivolous lawsuits in Pennsylvania, Nevada, Florida, and Georgia. Out of these lawsuits, an overwhelming majority has been dismissed on the same day, when they reached the courts. Only one of the lawsuits that Trump’s Campaign has launched has chances to make its way to the Supreme Court, which is the case concerning Pennsylvania’s absentee ballots. Trump’s legal team insists that mail-in votes that arrived on election day or after should not be counted. Pennsylvania’s Supreme Court ordered to sequester those votes and count them separately before the case is taken to SCOTUS.  Regardless of this case’s result, Mr. Biden’s lead in Pennsylvania is confirmed as mail-in ballots that arrived on or after the election date have been not yet counted. By now we also know that even if Pennsylvania had turned red, Biden would still have won the election by a large margin.

Step four, coup d ‘état and takeover of the Electoral college. Mr. Trump has refused to concede this election. Besides the aforementioned psychological effect of putting the tensed nation at ease, this move opens him up to a whole new field of political maneuvers and underhanded tricks.

Apart from trending hashtags on social media, Trump’s speech sparked protests in several swing states. Trump supporters called rallies that question the legitimacy of the counting method utilised by election commissions. By 8th December, states have to certify the election and send their electors to the electoral college.

The 538 electors will gather on 14th December 2020 and chose the President of the United States. In theory, electors should vote according to the popular vote of their state. Still, the American constitution allows for so-called faithless electors who can vote against the popular vote results. And that’s one of two ways how Mr. Trump could stay in power despite losing the popular vote. He would have to sway enough of the electors to his side.

In American history, faithless electors had minimal effect on the result of the votes. For example, in the last elections, we had seven faithless electors who switched sides. Five to Donald Trump and two to Hillary Clinton, respectfully. It may also be possible that there will be an impasse in the college, and then the Congress and the Senate would have to elect President and Vice-President on January the 6th.

Yet there is one more way in which Trump can take over the Electoral College and effectively paralyse the entire American electoral system. He could send his supports with pitchforks to various electoral commissions to stop the supposed vote stealing. In fact, many are already occupying these buildings and sending death threats to the vote counters in the vein of “this is what the 2nd amendment is for.”

The next possible step that he can undertake is to refuse the certifications of elections by the states due to alleged fraud. Alternatively, he can use another trick, from the How to be a dictator in America handbook. Trump can also send his delegations to the electoral college, which will cause more confusion and more lawsuits. If American society has any remaining trust for US public institutions, it will be gone entirely by then.

In case the presidential elections are still not decided by 14th December, the election process will take place at a joint session of the House of Representatives and the Senate. The most interesting fact about this special session is that the Representatives don’t determine who will be the President, but the state delegations as the US Constitution forbids Congressmen from being electors. The vote taken in this case will be measured by electoral votes.

At that stage, Congress and the Senate don’t need to concern themselves with the popular vote or what transpired in the Electoral College.

Since state delegations are deciding the process, it is essential to remember that there are more Red States than Blue ones, which gives Republicans an advantage even though most of the American population lives on the coastlines, which are dominated by the Blue States. By achieving a majority in Congress, Mr. Trump could orchestrate a perfectly legal and constitutional coup d’ état.

The scenarios described by me are highly unlikely and sound more like an episode from House of Cards, than political reality. However, Mr. Trump’s term has proven that many things which once were thought to be impossible can take real shape. A situation similar to one that we are facing now has already occurred in 1876, when Rutherford B Hayes became the 19th President of the United States, thanks to a mixture of different political and legal tricks.

In conclusion, there is no need to be scared by the prospect of four more years of MAGA screaming lunatics and Trump in the white house. But readers should be aware that every system has its flaws and loopholes. Our societies have become highly polarised on many subjects. Instead of using reason, we are guided by emotions and sentiments. That, in turn, erodes our democratic institutions and leads to a self-fulfilling cycle of loathe and mistrust. And this weakens the ideas of justice, liberty, and human rights on which we have built our societies and transatlantic relationship. It creates a foothold for dictatorial sentiments in our communities and worldwide and it gives credit to countries like China, Russia, or Turkey. Let’s remember that voting is only a fraction of being a responsible citizen. 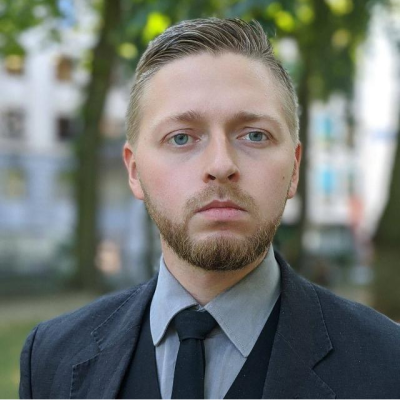