Corona stress test in the Balkans 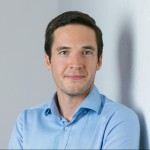 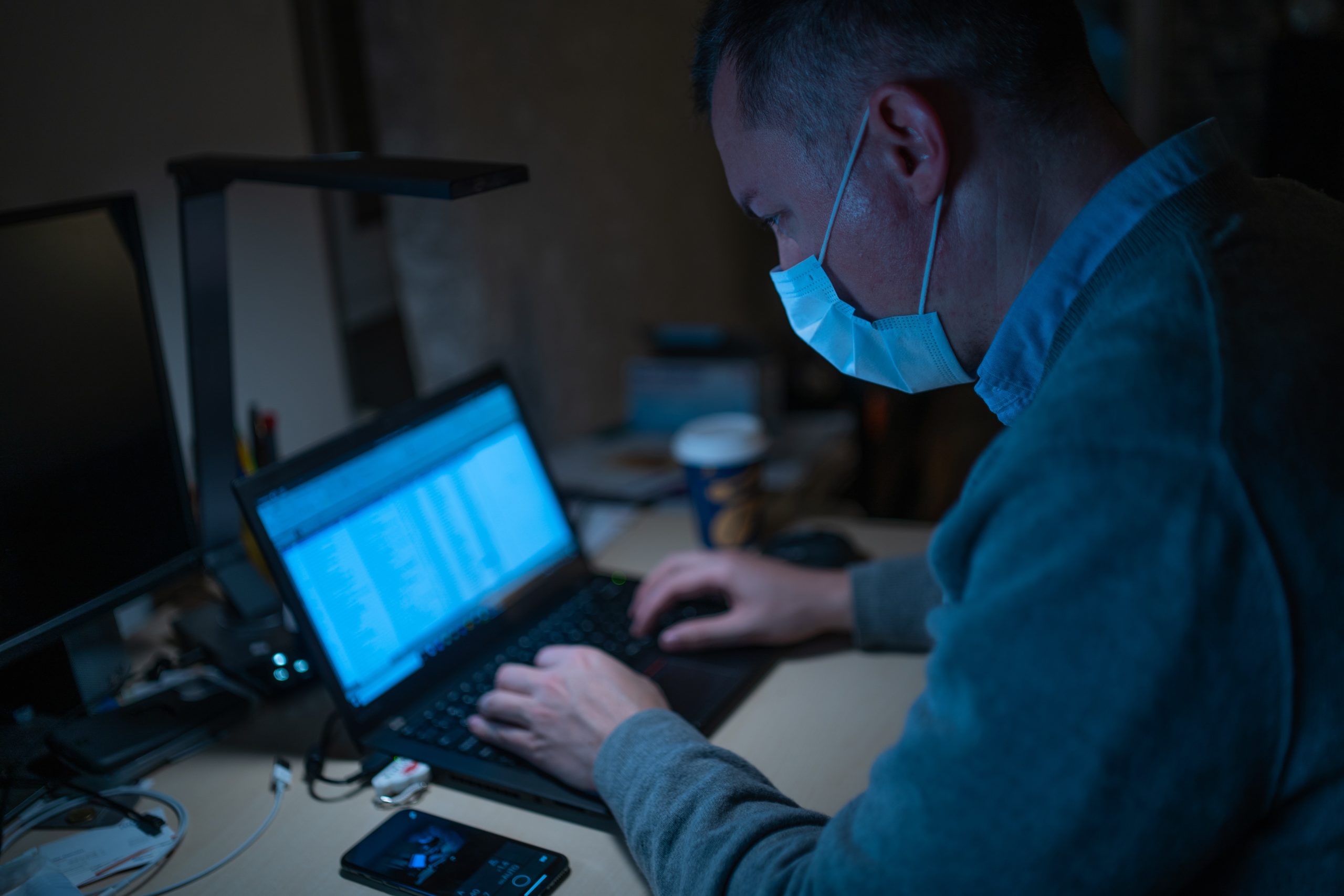 The corona crisis weighs on the EU’s neighbourhood policy – in favour of China.

Since the 15th March, a state of emergency has been in force in Serbia due to the coronavirus pandemic. ‘The Serbian healthcare system is by no means prepared for this pandemic,‘ said President Aleksandar Vucic in his press conference on the declaration of the state of emergency. Support was urgently needed, especially with medical equipment. Vucic asked the EU to sell this equipment. At that time, however, the EU had already decided to restrict the export of protective masks, gloves, test kits, etc. beyond its borders, including to Serbia – a country with which EU accession negotiations have been underway since 2012 (but which has been in deadlock since 2014 due to the deadlock in the normalisation efforts between Serbia and Kosovo) and which is accordingly considered a long-standing partner in Brussels.

In times of crisis one should actually stick together and the Lisbon Treaty of 2009, article 3, states that “solidarity between member states” is an objective of the Union. In such a state of mind, one cannot simply ignore a request from a neighbouring state, especially an EU candidate country, one might think. Serbia’s President also saw it this way: the much-cited European solidarity did not exist, it was just a fairy tale on paper.

China was ready to help

Vucic immediately turned to the Chinese, whom he described as “brothers of the Serbian people”; Vucic maintains a close friendship with President Xi Jinping, supported by money flowing from China to Serbia. On March 16, the first plane from China with several thousand Covid-19 rapid tests landed in Belgrade. So China responded to the request for help, and did so quickly and without complications. Fraternity at its peak.

China is now assuming the role of global first responder at all, the People’s Republic is confronted with requests for support to combat the coronavirus from all over the world. Because others, such as the USA and Europe, with their focus on internal crisis management, have been completely deregulated internationally, there is also no one who could question China’s current role as a quasi global health care provider. And you have two strategic advantages: China was the country where the virus first appeared and is now the first country where the situation is apparently improving.

Therefore, the huge amounts of medical material, which the government itself commissioned to be produced nationwide a few weeks ago and which was purchased from abroad, can now be partially released for foreign countries (while everyone else now has to rearrange their production and buy in). Together with the foundation of Jack Ma, China’s most famous billionaire and founder of the online giant Alibaba, the Chinese government soon supplied half of Europe (France, Spain, Italy, Belgium, Luxembourg, Austria – two AUA planes loaded with relief supplies returned from China on Monday) and other countries such as Iran, Iraq and the Philippines with material relevant to the fight against the coronavirus. Jack Ma also promised each of the 54 African countries 20,000 test sets, 100,000 masks, and 1000 protective suits.

For years, China has been active in Serbia as a generous lender and investor. In 2019 the “Financial Times” estimated China’s previous investments in the entire Western Balkans at 318 billion euros. The focus is particularly on the resource processing industry. In 2018 the Chinese company Zijin Mining took over 63 percent of Serbia’s largest mining operator (37 percent remained with the Serbian state), the copper holding company RTB Bor, thus gaining access to the country’s most important raw material. The state-owned RTB Bor was in debt of more than 1 billion euros at the time and urgently needed a modernization push (which European company would have dared to make this investment?).

Ironically, China is using it to finance Serbia’s way into the EU. After all, the country is dependent on current income from state-owned companies to finance the reforms desired by the EU. The goal of becoming the 28th EU member state in 2025 will still not change despite all the circumstances. Since 2013, China has been bundling such strategic investments under the state project “New Silk Road” with the entire Western Balkans as an important transit route.

Vucic is annoyed by the EU’s protectionist stance towards Serbia in times of a divided crisis, which itself knows no borders. He certainly remembers well that in recent years Serbia has been pressured by some EU states to adapt the guidelines for public tenders and to give preference to high-quality suppliers from the EU over cheap bargainers from China. Now, if Serbia was willing to pay for medical supplies to fight the virus, they would suddenly no longer want the Serbian money, the president said.

How did the EU react further? On the 17th March, EU Commission officials said they would “try to involve the countries of the Western Balkans in the Europe-wide efforts against the coronavirus”. This is advisable because the long-term impact and public reverberation of communication and decisions taken in times of crisis against the background of a geographically broad “European solidarity” should not be underestimated.

On the 20th March, Sem Fabrizi, EU Ambassador to Serbia, tweeted that 7.5 million euros in direct aid would be made available to Serbia to contain Covid-19. 200 million euros, which were actually intended for the technical fund for Serbia’s rapprochement with the EU, should now be converted into direct aid for the Serbian economy, the Serbian EU delegation said. The issue has also been taken up by the EU Parliament: A cross-party letter to Commission President Ursula von der Leyen expressly calls for the involvement of the Western Balkans in the EU-wide coordination to combat Covid-19.

Paradoxical as it may sound, the crisis could become a golden opportunity for the EU to regain the trust recently lost in its member states and among its international partners, writes Israeli star author Yuval Noah Harari in Time magazine. Rapid and substantial aid from those EU countries that could somehow afford it to those that have been hit hardest would be the true expression of the “European ideal” and worth more than all the fine speeches combined.

The EU has made an initial communication mistake in its efforts to deal with the Corona crisis by drawing a clear line between intra-European crisis management and its no less important international and especially neighbourly obligations. Even though this may not have been the intention, and even if a few days later – at least this can be seen from the development of the case with Serbia – the message originally broadcast could still have significance long after this crisis has passed. If solidarity and cooperation continue to be equated with an “EU first” and if future requests for assistance are met with the same lavish response.

The state of the Corona crisis will remain with us long enough for us to take a stand. Otherwise, others will know how to use the EU’s restraint to their own advantage.

This article was originally published in Wiener Zeitung. 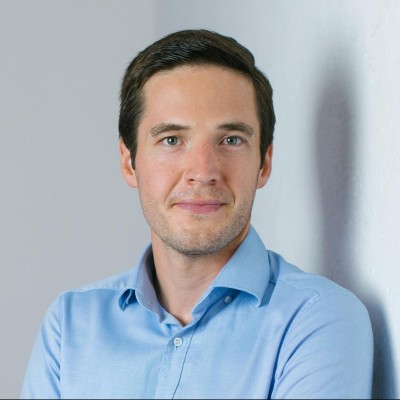 Born (1987) and raised in Austria, higher education in Russian Studies (Master's) and Eastern European Politics (Bachelor's degree) at the University of Vienna and State Pedagogical University St. Petersburg. Currently continuing academic education in public policy economics with an online course at the University of Oxford and pursuing a certificate in EU affairs from the Centre international de formation européenne. Professional experience in print and online journalism, foreign and security policy and EU project management. Since 2013 working as an EU project manager at the Centre for Social Innovation in Vienna. Since 2016 actively involved in the EU-Eastern Partnership dialogue as a Young European Ambassador. Since 2018 member of the youth board of the Vienna based think tank PCC (Policy Crossover Center).
[email protected]
https://www.zsi.at/de/users/190

Born (1987) and raised in Austria, higher education in Russian Studies (Master's) and Eastern European Politics (Bachelor's degree) at the University of Vienna and State Pedagogical University St. Petersburg. Currently continuing academic education in public policy economics with an online course at the University of Oxford and pursuing a certificate in EU affairs from the Centre international de formation européenne. Professional experience in print and online journalism, foreign and security policy and EU project management. Since 2013 working as an EU project manager at the Centre for Social Innovation in Vienna. Since 2016 actively involved in the EU-Eastern Partnership dialogue as a Young European Ambassador. Since 2018 member of the youth board of the Vienna based think tank PCC (Policy Crossover Center).