How the Pandemic is Deepening Europe’s North-South Divide 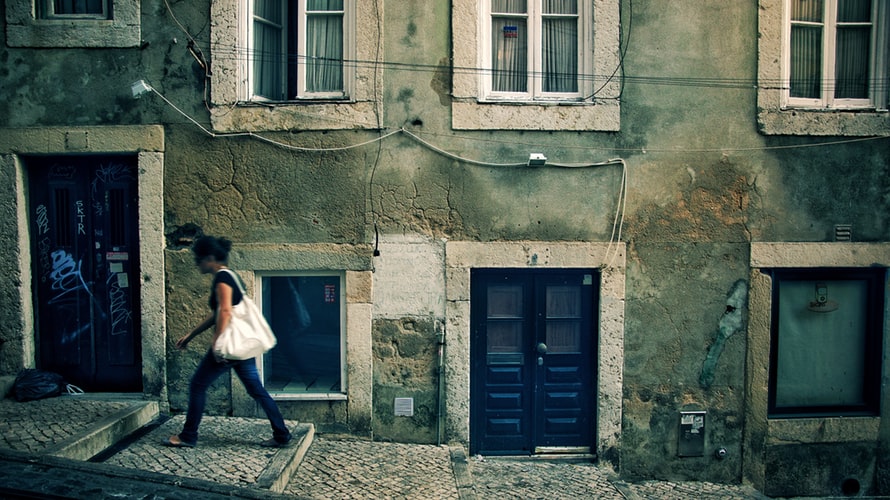 We have already seen the new coronavirus disproportionately affect the Mediterranean Member States of Italy, Spain, and Portugal. But these countries’ leaders are not happy with the way that their northern neighbours are approaching their struggle.

This pandemic is proving to be a real test of EU solidarity. But today’s quarrels risk causing irrevocable damage to internal EU relations.

How it all started

The tension peaked during the tense EU “summit” that went ahead last week – aptly via videoconference –  in which Dutch Finance Minister Wopke Hoekstra controversially suggested that the EU should “investigate countries like Spain” that claim to have no budgetary margin to deal with the effects of the coronavirus health crisis.

Hoekstra then called for the European Commission to prepare a report on which of the EU Member States have built up “financial buffers” in recent years. He advised that the report should include a section on the lessons learned for those countries that didn’t have such buffers in place.

In Portuguese PM Costa’s own words:

Indeed, Hoekstra’s accusatory suggestion provoked anger among the southern European countries of Spain, Italy, and Portugal –  all hit hard by the financial crisis last decade and still finding their feet. They argue that austerity policies forced upon them by the likes of the Netherlands and Germany left them with little flexibility to build up such buffers. The visibly irritated Costa declared such a statement to be “repugnant” in the framework of the European Union.

Furthermore, this topical dispute reflects a broader resentment among these southern Member States, who notoriously feel they are unfairly lectured by German and Dutch leaders on their financial “housekeeping”, as well as their Nordic neighbours, who argue that they should not be required to bail out governments who pursue what they see as “irresponsible fiscal policies.”

Corona Bonds: No chance of agreement?

The tension peaked during Friday’s debate over whether the EU should issue so-called “corona bonds” — a proposed, joint debt instrument that all Member States would guarantee.

Nine countries so far –  including France as well as the Latin trio of Spain, Italy, and Portugal— have backed the idea. Meanwhile, Germany and the Netherlands have rejected the introduction of such bonds.

Could the EU itself be in danger?

Costa passionately accused Hoekstra of “absolute unconsciousness” and a “recurring meanness” that “completely undermines what the spirit of the EU is” and which, therefore, is a threat to the future of the EU itself. He continued:

“If the EU wants to survive, it is unacceptable for any politician, from whichever country, to give this kind of response in the context of the pandemic that we’re living through. If we don’t respect one another, don’t understand one another, lack the capacity to respond in unison to a common challenge, then no one understands anything about the European Union”.

French President Macron also expressed warning about this kind of political spats during such a crisis, claiming that they “could spell the end of the EU.”

However, the BBC’s Europe Editor Katya Adler insists it is too “simplistic” to write off the European Union altogether. Following the summit, she wrote:

“When EU countries closed their national borders on one another during the 2015 migrant crisis, many predicted the bloc’s demise but the EU muddled through…It’s highly likely to scrape by again now, too”.

But how relations between the now-fuming southern countries and the northern so-called “frugals” can return to civility remains unclear.

Do our national leaders need to get a grip?

Maybe it’s all just getting a bit too much, and European national leaders all need to take a step back from their emotions and remember what’s important here. Italian Twitter, for example, was reportedly littered with expletives on Thursday – and those were just the posts from politicians! Adler also expressed disappointment that European leaders could let their passions get the better of them during such a troubling time for the whole world, stating:

“For ordinary people, frightened for their health, the safety of their loved ones, worrying about their rent and feeding their family after businesses shut down, the idea that Europe’s leaders spent six hours on Thursday night, squabbling over the wording of their summit conclusions in order to defer a key decision over coronavirus funds, will be incomprehensible”.

“The last thing a responsible politician can do when we see the dramas in Italy, Spain and in all the other countries, is to not understand that the priority of priorities is to fight this virus.”

.@WBHoekstra we are in this EU boat together. We hit an unexpected iceberg. We all share the same risk right now. No time 4 discussions abt alleged 1st & 2nd class tickets. Not the time 2 let citizens down. History will hold us responsible 4 what we do NOWhttps://t.co/66ZDiAmNnK

So are Corona Bonds on the Cards? And where do Europe’s North-South relations go from here?

Asked if he had gone too far with his criticisms of Netherlands and Germany, shaking off any suggested culpability, Costa implied that if anyone went too far, it had to be the Dutch minister. He added that if the EU doesn’t do what it now has to during these times of crisis, then it could indeed end, declaring:

But while Dutch PM, Rutte, avoided fanning any flames in the dispute, he made it clear the Netherlands would be firm on its opposing position regarding corona bonds, while assuring:

“There really was a difference of opinion between a number of more northern and southern countries, along the well-known geographical lines, but nothing that cannot be solved.”

To resume, as proposed by Katya Adler, the COVID-19 pandemic is simply highlighting already existing, well-known difficulties within the EU. And although the issues at hand may not be all about the current health crisis  – now is perhaps a more crucial time than ever to resolve them once and for all.