As factories cease activity, supermarket shelves are emptied and populations around the world watch the spread of the novel Coronavirus with increasing alarm – could we be witnessing more than just a momentary blip in business as usual? Even without being infected, could COVID-19 be changing us (and potentially the future of the world)?

On the 22nd January, the Chinese Government announced a quarantine zone around an entire Chinese city. The move fired a starting gun on a chain of events that may yet change the world. Meetings were cancelled, planes emptied and factories fell silent. At the same time, governments built hospitals in weeks and refused to pay to keep failing, polluting airlines in business amid the fallout from the COVID19 pandemic.

But the world didn’t stop turning when COVID19 struck.

Legislatures and essential services had to continue, while businesses felt a pressure to stay afloat. To accommodate for the changes, people everywhere had to explore new new ways of working.

As the cloud of smog cleared in the newly silent cities of Eastern China, people opened their eyes to a novel modus operandi.

Brussels is a bubble, but it is a porous one. People enter and leave it all the time for all corners of Europe. The arrival of the virus at first met with little official response. However, within weeks its alarming spread soon pushed the European Institutions into action.

In early March, the European Parliament announced a moratorium on all activities not essential to the legislative process. The measure has meant the pulling of countless meetings and events – resulting in thousands of delegates no longer needing to travel.

Many such events are now replaced by webinars or online exchanges, while others have been postponed. In a near-unprecedented move, the European Parliament’s President, David Sassoli called-off the time-consuming, costly and rather pointless monthly pilgrimage to Strasbourg. The Plenary will now take place in the perfectly adequate setting of the Brussels Hemicycle instead.

The European Commission and a high proportion of the many lobbying organisations in Brussels have taken similar measures. The Belgian Government now urges employees work from home. Even meetings of the highest-levels have been abandoned.

Where a face-to-face meeting and photo-worthy, pathogen-swapping handshake would have previously been the only option, we are beginning to recognise once again the value of age-old technologies like the telephone. We are forced to road test the incredible new tools at our fingertips, such as effective videoconferencing. In most cases, we find they can work just fine provided there is a good internet connection.

Not only are these changes saving time, they may actually be boosting individual productivity – and ironically – health. By optimising the use of time, we can reduce stress. Meanwhile reducing our need to jump in the car is putting a huge break on emissions. These measures are also exactly what we need to do if we are to meet the demands of acting on climate change.

The spread of the coronavirus has not only cleared the skies of pollution, it has shed a light on our flawed economic model. We can now see how many industries rely on continuous consumption to survive.

The credit rating agency, Moody’s, already noted the growing risks from climate liability facing those who invest in and insure fossil fuels, while pointing also to the risks of stranded assets. In February, they praised the move away from fossil fuels by the major firms Allianz, AXA, Swiss Re, Munich Re and Zurich. The coronavirus’ impact on production has only further underlined the risks of backing and relying on an increasingly fragile and demand-inflexible fossil fuel industry.

Time Magazine predicts that another demand-inflexible industry, fast fashion, will also be hard hit by the COVID-19 fallout. Just 4 weeks ago, Giorgio Armani displayed his new collection to empty seats following restrictions designed to slow the epidemic. Fast fashion is as reliant on continuous growth and demand as the fossil fuel industry.

An economy modelled on endless economic growth lacks resilience to changes in the winds of retail and production – and financial institutions are waking up. Investment space is opening for new avenues to be explored. One area that may really benefit from this move is the decentralised renewable energy industry. More flexible to demand and less concentrated, they have greater resilience than the traditional drivers of the economy.

A hard lesson to learn

It is undeniable that COVID-19 is generating serious problems. Governments have put draconian measures in place in resulting in closed schools, temporary layoffs and struggling businesses. Hospitals have banned children as they may be a vector of the virus – a measure creating unimaginable heartache for relatives inside. Meanwhile, the elderly, who already suffer an epidemic of loneliness, are growing ever-more isolated from kind-hearted efforts to prevent their exposure to the virus. Another unpleasant side-effect if employees are not recommended to  work from home is the growth in road transport pollution. Employees chose to sit in lengthy traffic jams, rather than face the fear of infection in packed public transport systems.

So we should wish for a swift end to the outbreak and a return to some kind of normality. But we shouldn’t forget that it happened. Rather than focusing on the hardship the economy suffered, we can make sure that something good comes from the COVID-19 experience. 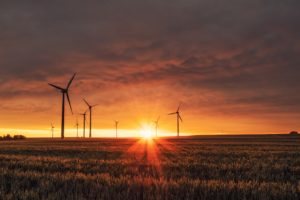 We know we can build hospitals in record time. We know the risks associated with investing in fossil fuels. We know that we could invest in better-value, less-polluting and more comfortable public transport, instead of rescuing failing airlines. We know we can use the technology at our fingertips to increase our efficiency and work from home more. No longer do we need to eschew videoconferencing in order to travel for hours for a handshake.

The world did not stop turning when COVID-19 struck. We faced the emergency and found the resources to do what was necessary. Governments rapidly built new public infrastructure and provided services. Offices found they could keep  employees working remotely.

We should not see this simply as a blip in the continuous advance of our economy which concentrates wealth and exhausts the planet’s resources. Instead, we can learn from this. We now know we can adapt our ways of working – and indeed our economy – for a better future for all. As coronavirus clears the skies, perhaps we can see the pathway ahead more clearly and face the climate change crisis with the same urgency, adaptation and resource we are finding to tackle the virus.

Europe has done more in the first four weeks of the Coronavirus crisis than it did in the first four years after the crash of 2008. The Recovery Plan for Europe, which aims to repair the social and economic damage caused by the coronavirus pandemic, will be the largest stimulus package ever financed through the […]

Countdown to 2050: The German approach is not a model for Europe

‘Together with a nuclear power share of ca. 15%, [renewable energy sources] will be the backbone of a carbon-free European power system.’ This sentence from the European Commission’s strategic vision for climate-neutrality by 2050, A Clean Planet for All (2018), concisely summarises the argument put forward in this article. Nuclear energy has a crucial role […]

Yet another “Street War” in Serbia over COVID-19

Photo courtesy of the BBC. The other night, after president Vučić announced a 60-hour-curfew in Belgrade – shutting down the city and not allowing anyone to go outside from Friday till Monday – a group of citizens spontaneously gathered in front of the Parliament to protest. The protest escalated quickly and it went on until […]