The 29th March 2019 was engraved in many of our minds for 2 years as the day that the UK finally breaks away from its former EU family. Whether this day was eagerly anticipated or dreaded, it was unanimously deemed as a turning point for the future of Europe.

Alas, the date came and went and we are none the wiser. But far from a day to forget, this was also the date where members of the European Future Forum (EFF) gathered with like-minded European initiatives in the European Parliament. And appropriately enough, discussions revolved around the necessity for European states to break down barriers and join forces for a progressive future.

This was the first opportunity for EFF members from across Europe, representatives from partner organisations and initiatives, and new faces interested in the cause, to meet face-to-face.

Participants heard from insightful speakers representing New Europeans, the Centre for European Progression, Oxfam, the European Parliament, European Commission, and more, offering fresh perspectives on what we can hope and strive for regarding Europe’s future during such turbulent times.

EFF President Dominik Kirchdorfer opened the assembly with a speech on why the EFF exists and how it came about. “There is so much infighting and such a sense of ownership and jealousy in civil society today that we are now more concentrated on fighting off our potential competition than having a positive impact on society. We cannot expect politicians from vastly different nation states to overcome their stark political differences and unite Europe, if we cannot even work together, despite having the same values and goals. This is why the EFF is trying to actively combat the destructive elements of competition in the non-profit sector.”

New Europeans chair of the Rhine region Mark Depew was joined by Gary Paterson from the Scottish Parliament to discuss the ongoing chaos of Brexit negotiations, and how the rights of citizens – both British and EU-27 – ought to be paramount during this process – especially in the very probable event of a restriction in freedom of movement.

First came a presentation by Sara Joffre representing the European Parliament’s DG COMM on the widely circulating #ThisTimeImVoting campaign. She highlighted the great value that any citizen can bring to the cause – whether it be by joining the conversation online, talking about the fact that you are voting and what matters to you when it comes to EU legislation, or even organising local events and gatherings – large or small – to go over the practicalities of how to vote and which things to consider, to encourage an increased turnout among your community. Rather than being about trying to convert others to your political ideologies, it is about empowering others to exercise their right to exert their own opinions and beliefs so that they will be reflected in the next parliament.

Markus Neumann from the Oxfam EU Office then gave a stirring talk on why European unity is of upmost importance, linking it back to his grandfather’s story as a solider from the German-speaking minority at the German-Belgian border during the Second World War. He spoke passionately about the emerging vision for Europe following these intensely volatile times and why it’s still so pertinent today to hold this vision dearly.

The current threats of Brexit and other anti-EU ideologies may seem insignificant when compared to the bloodshed of wartime Europe, but it has to be considered that the dismissal of the European unity which was fought for, is a disservice to the lives lost of permanently damaged as a result of inter-European conflict. The European Economic Community (EEC), the precursor to the European Union we have today, was formed in 1957, just over a decade after the War was officially declared over. It acted as a promise between nations and to citizens that from then on, nations across the European region would be united in their common goal of peace and progress. Although it has evolved and transformed over the decades, the core goal of the union has outlived most people who were there to see it created, but will it survive much longer in the midst of the fragmentation we are witnessing today?

There was also a presentation by Fabio Mauri, author of the Erasmus Story novella series. He discussed how to both inform and entertain to spread an important message such as political engagement outside the “EU Bubble.” The bottom line was that everyone should be informed and empowered to raise their voice, but first an interest and curiosity is required, in order for people to form their own views of how things should change in their society. Indeed, whether we work in communications for a living or enjoy sharing our views on our personal social media accounts, these platforms provide an excitingly versatile virtual microphone, enabling all of us to share ideas and spread messages publicly.

Next, participants heard from EFF member Otto Ilveskero, representing the Center for European Progression (CFEP) and their mission to ‘provide a constructive atmosphere for discussion about the future of Europe in an informal, well-balanced and open way.’

Former Facebook employee and current The Good Lobby Fellow Alex Mäkelä then spoke about his recently launched manual “Social Media For Change,” which talks creating innovative content for cutting-edge communications and outreach. ‘Social media is becoming a dominant force,’ he declared, ‘and must be respected as such.’ In an era of social media distrust and #FakeNews, Mäkelä stressed how these platforms can still be used by political and civil society leaders in an informed, responsible manner to advance the public interest.

Following that presentation, a short #ThisTimeImVoting workshop resulted in a new joint social media campaign between the EFF and Stand Up for Europe, focusing on what the EU doesn’t do to both bust myths about the EU and further engage citizens that may be dissatisfied with the performance of the European Union. #NotMyEU

To finish the session, EFF President Dominik Kirchdorfer and ICT Director Alex Lenz presented the Europe CAN project – a social network pioneered by the EFF, which will better connect civil society members from across Europe. This ‘Tinder for NGOs’ will offer citizens the chance to develop their personal skills for a good cause and connect to European neighbours – all while improving their employability. 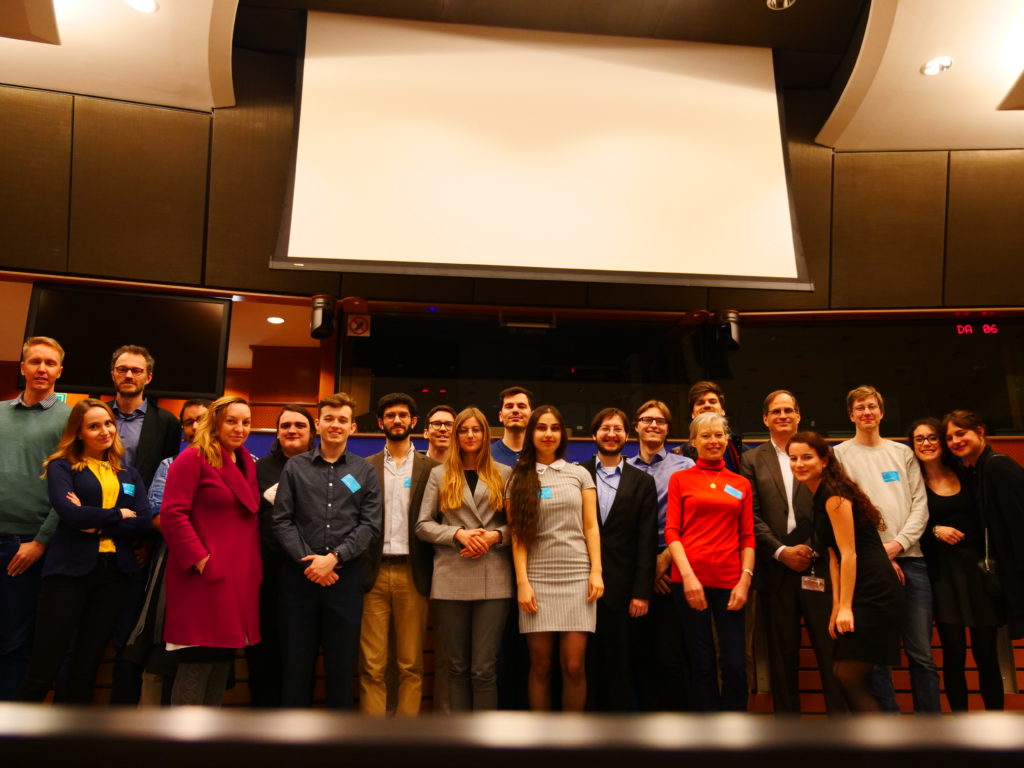 Find out more about the EFF and how you could get involved here.

Thanks to EU Events for hosting this event on their platform. Check out their latest updates here!

Every year the Electronic Entertainment Expo (or E3 for short) presents the newest innovations in gaming. Only this year was rather disappointing. Not only did Sony not show up, but most of the presentations did not reveal anything new. One very notable exemption that most journalists glossed over was Ubisoft’s Watch Dogs: Legion. Watch Dogs […]

What do the Burqa and GDPR have in common? Our Right to Avoid Observation

Two years back, we discussed how Denmark controversially followed France’s example of banning face coverings in public places, hitting niqab-wearing Muslim women the hardest. Was this a justifiable attempt to limit crime and facilitate cultural integration, or an unnecessary attack on freedom of religion, of dress, and of personal boundaries? The debate hasn’t really become […]