From Syria to Belgium: What’s it like to be a Refugee in the EU?

Imagine being a regular student in the third year of your university degree when violence and instability forces you not only to abandon your studies but your country, your family, and life as you know it. That’s what happened to Raji – a then 21-year-old Dentistry student from the outskirts of Damascus –  as well as countless other Syrian refugees who fled conflict and instability in their home country in a desperate attempt to continue their life and aspirations. What is it really like to arrive in the EU as a refugee?

Syria has now been enduring brutal conflict for almost eight years, with the continued struggle between President Assad and numerous rebel groups only appearing to intensify over time. That said, the New York Times recently reported that the Syrian president has re-taken control of most of Syrian territory, meaning ‘there is almost no chance that rebel groups will topple him or change the course of the war,’ though since the US would have perhaps wanted to downplay its struggle to convey an air of control to the rest of the world, (especially considering their sudden withdrawal from the conflict on the 19th of December) perhaps this should be taken with a pinch of salt.

The Guardian also declared recently that ‘If ending Syria’s war means accepting Assad and Russia have won, so be it.’ But if even Western journalists in the cozy protection of their offices are losing patience with the conflict and are in a hurry to see the end of it, then what could possibly be going through the minds of the individuals whose entire lives have been tipped upside-down by the country’s troubles? 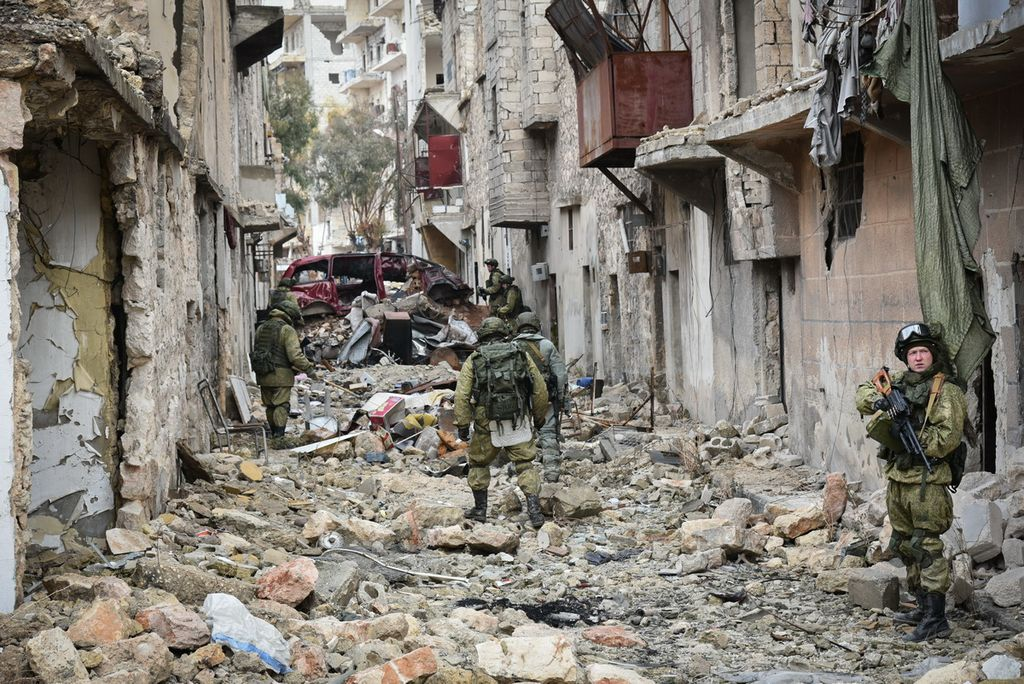 As Europeans, at a safe distance from the devastation, happening in war zones such as Syria, when we think of Syrian refugees, tabloid-selected images of hoards of young dehumanised men swarming Europe by foot may spring to mind – you may assume from trusting such sources that asylum seekers are all uneducated radical Islamists with malicious intentions (although, initiatives such as a campaign by Save The Children UK, forcing westerners to put themselves in the shoes of those forced out of their homelands at least encourage more empathy.) Words such as “swarm”, “invade” only add fuel to the fire. But what about the individual stories which you don’t hear in the tabloids?

Raji’s story is one of a regular young person with affinity for clubbing and techno music who lived in a nice house near the capital with his parents, and dreamed of a stable future as a dentist. Like many others, the plan he had long anticipated for his future – which he took for granted with his good grades and supportive family – was turned on its head when the Syrian civil war began back in 2011. After four years of attempting to continue his life normally and not let the political troubles of the country get in the way of his plans, in September 2015, he decided enough was enough and packed his bags for Europe.

I came from a middle-class family and studied Dentistry for almost 3 years. I was in my 4th year which is mostly practical – so close to qualifying as a dentist – but my misfortune led me to change my plan… The troubles in Syria gave me little choice but to leave the country, so now I am here trying to find my place within this new environment. 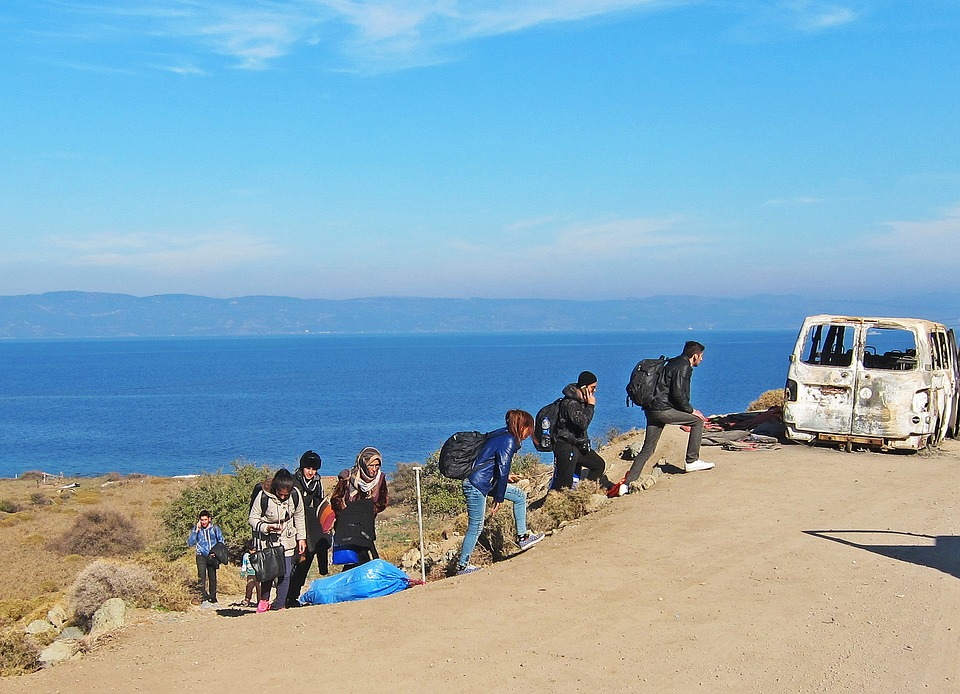 The Journey to Europe

Initially with Berlin in mind, Raji began his trip with a small group of friends from his neighbourhood on a boat to Turkey. Upon arrival, they then boarded another destined for Greece and hopped the islands, staying in various refugee camps.

In Greece, on the first island where I arrived, I got beaten up by the head officer there because I woke him up a night earlier at 3 am so he was annoyed…

The thing is, I was the only one who was able to speak English back then, so the group I arrived with asked me to let the police station know that we had arrived. They thought that we better alert them and that we might get some help or some food – so I was kind of forced to disturb them!

The day after, I woke up to see all the other refugees standing in line and the officer screaming: ‘Who woke me up last night?! No one is moving until that guy owns up!’

Since I was the only one who could actually understand him, I had to come forward and reveal myself. As a punishment, I was asked to sweep the street with an old broom. So I did that and then I stopped when I thought I had finished. But he saw that I stopped and then got so angry that he locked me in a cell and started punching me in the face until he was satisfied.

The next leg of the journey meant he left his friends behind and got onto a bus, passing first through the Republic of Macedonia, then onto Serbia. In order to re-enter the EU, he was then smuggled into Hungary and then through Austria. When registering as a refugee in Austria with a few others he had met along the road, he was sent to Frankfurt to seek asylum there. Since he always had Germany in mind as a final destination, not only due to his interest in the culture and the music scene, but having heard that refugees there had been well-received, this came as good news.

How did you end up coming to Belgium?

I immediately felt unwelcome in Frankfurt – so since the group I was with were going to Belgium, I just decided to go with the flow and tag along. To be honest, the place doesn’t matter anymore when you’re in that situation. I didn’t want to even spend energy thinking about where my next spot would be… I just wanted to rest and live in peace. 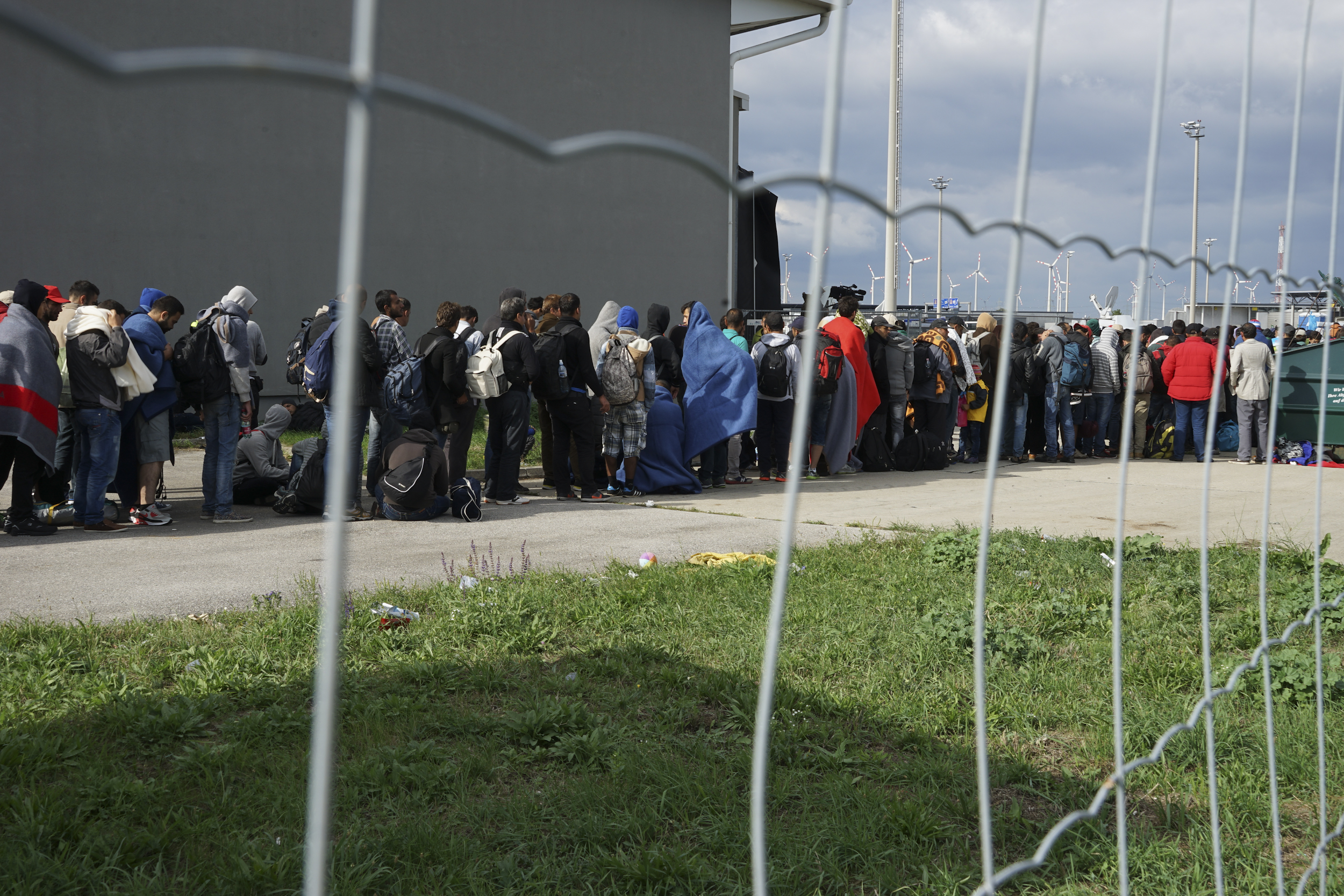 When I got to Belgium, they first sent me to a camp in the French-speaking part, somewhere next to Liège, and I stayed there for almost 6 months. For sure, I had to move a lot during that period; this whole refugee thing was new to Belgium at the time so you could say there wasn’t really enough preparation for all those people – but at the same time, they couldn’t really have expected that many people in such a short time, and everything was fixed up in a hurry.

After moving around the French speaking towns of Belgium during these months, Raji was then placed in the Flemish city of Antwerp, and then finally onto Gent, where he resides to this day.

I wasn’t happy in Antwerp. I was isolated there and from my experience, people were colder and less tolerant. But when I arrived in Gent, that all changed. It was noticeably a more relaxed and accommodating environment. I feel at home here.

The NGO Red Cross Belgium made sure I had everything I needed. And the local commune gave me the option either to study or to work. Since I hadn’t finished my studies back home, I had the opportunity to go to university in Belgium.

However, the three years of work which Raji had already completed in Syria, meaning he was so close to qualifying as a dentist, were not recognised by the Belgian system. Rather than starting again from scratch in the same discipline, Raji is therefore looking into studying something different.

I would like something interesting but that I know will get me a job when I finish – I am currently considering a degree in Business.

Do you feel part of European society?

I feel like I’ve integrated pretty well. I only kept in touch with a few Syrian friends who came here, so most of my friends are Belgian. My girlfriend is Belgian. I am making an effort to learn Flemish. I study here and make the most of the social life. I hope to work here someday!

What are your thoughts on all the negative attitudes towards refugees?

Despite the struggle which refugees have had to endure before seeking refuge in a more stable environment, there is a tendency, particularly among politicians, media and citizens who lean more to the right, to portray them in a negative light – often as a burden or even as a threat. Raji could actually empathise with this:

I do understand their fear and frustration. It’s something new for them – new people coming to live in their country and be part of their society – especially considering the fact that they have to share some of their tax money on people who have not yet contributed themselves.

That being said, when people think a bit further about the causes that forced those people to leave their country and cross half of the world just to live –  with literally no bigger goal than to have a peaceful life far away from all the bomb echoes and war trauma – then they tend to be more accepting.

I do believe that most of us tend to learn more from our own experiences, so the fact that most people have never experienced the reality of war (I don’t wish that on anyone for sure), they are yet to discover the taste of true struggle.

Do you hope to go back to Syria one day, or stay in Europe?

I have no plans to go back there other than to visit, because I have built up my life here now and have nothing left there.

I still have parents living there and I would love to see them again, but Belgium is one of the countries that don’t really offer that in my situation. That being said, going back to Syria is not an option right now. I just hope I can see my family again soon.

What have you learned from this experience?

I would like to point out an idea that I had during my days in Syria, especially after the second year that passed since the war started: I felt like was getting more free in a sense of not minding all about the small problems in my life, and tending to live more for the happy moments.

Maybe when we touch the bottom of our fear nothing matters anymore and the door to true freedom opens… It seemed kind of like a next level of awareness!

Find out how you can help refugees near you

Find out more about the Syrian conflict

A day in the life of a refugee in Belgium

Roxanna is a British and Iranian advocacy writer specialised in human rights, health, and welfare. With a languages degree from King’s College London, a Masters in European Studies from LSE, and an EU communications background, she strives to increase the visibility of ethical and sociocultural issues in Europe and beyond.

There is no such thing as “White culture”

Life in Lockdown Around Europe: Your Stories

2 thoughts on “From Syria to Belgium: What’s it like to be a Refugee in the EU?”