This article was produced thanks to our partnership with EU Events.

Back in 2013, Croatia became the EU’s newest member – a title it retains to this day. Several of its Balkan neighbours hope to follow the same path, with Montenegro, Albania, Serbia, and the Republic of Macedonia having earned the official candidate country status and Bosnia and Herzegovina as a potential addition to this waiting list. And then there’s the divisive matter of Kosovo, whose independence is not recognised by all EU countries, but is nevertheless viewed as a potential candidate for membership. What lies in store for these remaining states and why is the process so long?

On 22 January in Sarajevo, the European Institute of Security Studies (EUISS) launched its newest project – Balkan Futures. The project is implemented by the EUISS and supported by the European Fund for the Balkans (EFB). With experts from the Western Balkan countries participating as speakers, the aim of this series was to provide a forum for in-depth discussions and analysis of regional trends, as well as reflect on the main drivers that will shape the Western Balkans by 2025, when the next enlargement phase is expected to occur.

Last week, the debate over whether the Western Balkan states are ready to join the EU finally made it to Brussels – specifically to the Austrian Permanent Representation building. Deputy Director EU Institute for Security Studies Florence Gaub led the discussion as it bounced between Austrian Ambassador to the EU Political and Security Committee (PSC) Alexander Kmentt and Visiting scholar at Carnegie Europe Stefan Lehne. A diverse crowd from the EU capital’s several institutions, think tanks, and other organisations gathered to delve deeper into one of the most talked about European regions in the EU bubble – the Western Balkans.

The Western Balkan countries include Albania, Bosnia and Herzegovina, Croatia, Macedonia, Montenegro, Serbia, and Kosovo. That being said, the latter is the source of controversy as its independence as a nation is only recognised by some EU states – such as Belgium, Sweden, and Denmark – while still being considered as a region of Serbia to many others, such as Greece, Romania and Spain – as well as the EU as a whole. 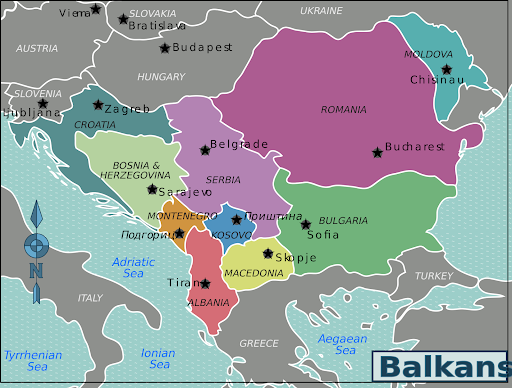 Serbia doesn’t recognise Kosovo’s 2008 independence declaration and continues to view the territory as a ‘rebel province.’ Five EU member states don’t recognize Kosovo either. This is perhaps explained by the fact that several of them, such as Spain, have separatist fears of their own… The bottom line is, while no agreement is reached, neither country has a realistic chance of joining the EU. As said by Politico, ‘Brussels has made clear to Belgrade that it must settle its dispute with Kosovo before it can become an EU member.’

Bearing in mind this current messy situation, it is also important to note the Brussels Agreement: a multilateral treaty which was made between the governments of Serbia and Kosovo on the stabilisation of their relations. This was negotiated and concluded, although not signed by either party, in Brussels. The negotiations were then led by the respective Prime Ministers of Serbia and Kosovo and mediated by EU High Representative Catherine Ashton. The agreement was concluded on the 19th April 2013, though in the five years that have since passed consensus is yet to be reached and tensions remain high.

Croatia and Turkey started accession talks all the way back in 2005. And although the former officially made the cut in July 2013, proceedings regarding Turkey’s accession are predicted to be completed in 10-15 years minimum, if at all, as current member states remain divided for various reasons.

The other Balkan countries have been told they can join the EU if they meet the given criteria. These include democracy, the rule of law, a market economy and adherence to the EU’s goals of political and economic union.

Granted, Bosnia’s ethnic quarrels remain a real concern for the EU, along with corruption and organised crime. In attempt to make progress in this regard, back in December 2011, Bosnia’s Muslim, Croat and Serb leaders agreed on the formation of a central government, ending 14 months of political deadlock. The European Commission says the state is still plagued by an ‘unstable political climate,’ and ethnic divisions.

To make things worse, the European Court of Human Rights has ruled that Bosnia’s electoral laws discriminate against Jewish and Roma peoples, because problematically, only ethnic Bosniaks, Croats and Serbs are allowed to run for high office.

The Problem with the EU’s Approach to the Balkans…

Regarding this ongoing disagreement which has now become a global concern and  threat of a serious crisis returning to the balkan region Kmentt claimed: ‘Preventive diplomacy is what we should aim for. We often try to prevent conflict when it’s already too late.’

He went on to describe how Bosnia and Herzegovina as a nation state is in many ways a success story, with the dual-identity country forming by many definitions a collective identity – from its national anthem to its general achievement of unified pride – such progress should no doubt be celebrated and encouraged.

He however described Brussels as the epicentre ‘ardent Europeans,’ referencing the eurocentric attitude held by many a Eurocrat who claims – or at least believes – that  Europe is the best place on Earth, and that this excellency simply must be extended to the Balkans as an act of goodwill – though this is perhaps a slightly arrogant and misinformed way to approach the notion of EU enlargement.

The Problem With Moving Borders…

There is also the issue of moving the external EU border, which many politicians agree would be a potentially destabilizing move if it means shaking up the harmony of a region which, still in living memory for many – was torn up by war. In some ways we can observe a similar situation, albeit in the inverse, as what could be in store for Ireland if a hard border is reestablished to cut through the island. Lehne adds: ‘In history, changing borders has often been successful for peace – but not always.’ 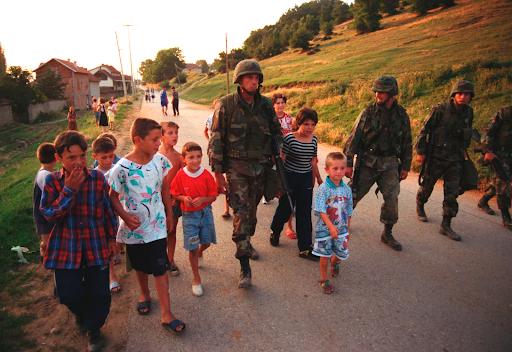 Politico writes: ‘Europe has an intense and understandable fear of changing national boundaries. But discussions about a land swap between Kosovo and Serbia, which have been in a simmering conflict for two decades, deserve careful support.’

Lehne used the Israeli-Palestinian situation to reiterate how coming to an agreement over borders – especially when religious or ethnic identities are thrown into the mix – can lead to generations of conflict and untold torment.

‘I don’t think Kosovo is currently able to conclude such a deal. I don’t see an agreement happening any time soon. We are losing Kosovo… not enough is being done to help this country,’ he concluded, as the words ‘this country’ hung in the air and alluded Lehne’s personal stance on Kosovo’s status as a nation state.

Balkan Stability: What is the right approach?

A representative from the Brussels-based think tank, CEPS (Centre of European Policy Studies) raised the point that among the think tank community, arguments are arising  with regards to EU-Balkan relations.

Kmentt responded that ‘the best solutions are good local solutions,’ adding that, with regards to regional disputes among Balkan states, ‘the EU can help  but it comes down to the Balkan states.’

Lehne cautioned that although this is a good approach, without engagement from the EU, it almost makes it easier for them to make excuses as to why EU membership remains out of reach for these hopeful candidate countries – adding that many EU decision-makers would graciously accept more reasons why EU enlargement cannot happen.

Hopes for the future of the Western Balkan states?

‘Balkan companies investing so that the economies can blossom,’ declares Kmentt.

He backs up this idea by explaining that in Bosnia and Herzegovina, 20% of economic growth comes from tourism – a sector which has taken off in recent years – while 11% currently comes from industry – having established various important trade partners such as Slovenia – providing an overall growth rate of 3.5%. Although on the right track, the country, like its neighbours, has room for improvement. Maybe this would provide the key to prosperity and bring the promise of EU membership closer.

Indeed, Kmentt adds, Balkan economies would blossom even more with social stability and the rule of law. And surely, the accumulation of these accomplishments, blessing the countries not only with economic stability but also completion of the peace which they have been yearning for since the terrors of the Yugoslav wars – the devastation still very much in living memory – they may progress as nations, as allies and maybe even as EU member states. 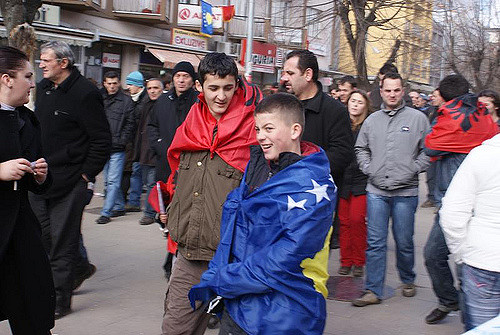 Join the conversation with the hashtag #BalkanFutures

Find out more about EU Events and check out their latest news.

The black sheep of the European Liberals

The article was originally published (in English) on the Wilfried Martens Centre for European Studies blog: https://www.martenscentre.eu/blog/black-sheep-european-liberals. The European Liberals and particularly the former head…

Two weeks ago, a new kind of festival hit Brussels’ quaint Leopold Park. But it wasn’t the usual suspects of food, drink or music which…

Nowhere is the Union’s neighbourhood policy more mature than in the East, yet expectations are high and successes manageable. Political balancing act The Eastern Partnership…