Skip to content
Thought Babble You May Have Missed 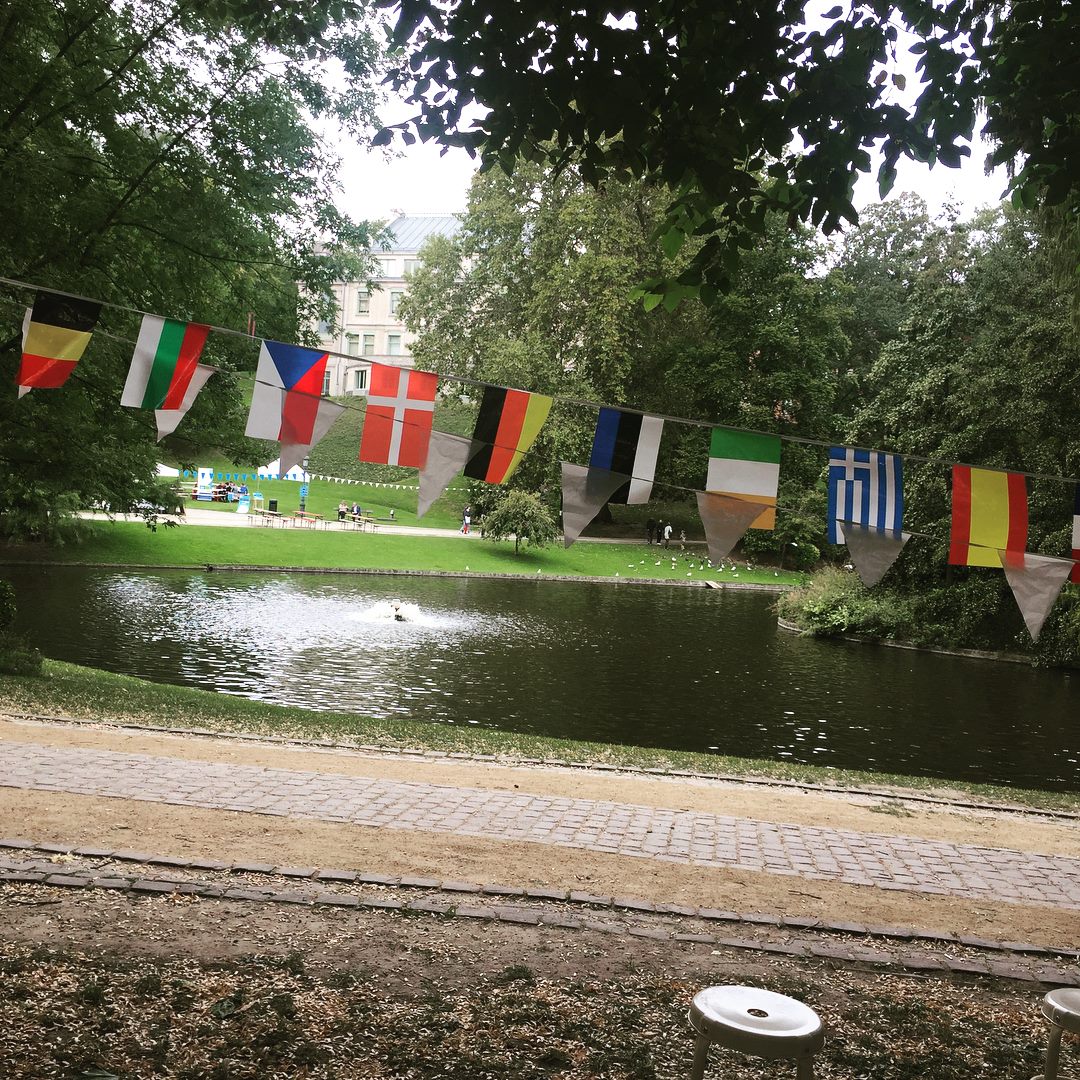 Two weeks ago, a new kind of festival hit Brussels’ quaint Leopold Park. But it wasn’t the usual suspects of food, drink or music which inspired many to brave the chilly Autumn Saturday morning, but rather politics which headlined the event.

Though this may sound strange to some, such politically-fuelled festivals are embedded into Nordic and Baltic culture, where some such recurring events have been expanding for over 50 years. These regions see citizens, civil society organisations, public institutions and politicians come together each year for a democratic experience with dozens of events, happenings, debates, forums, cultural activities and games. These are places where all sorts of topics can be addressed in a relaxed and friendly atmosphere.

It has to be said, the EU could use a little help at the minute with its relationship to the public. And maybe events like these are exactly what Brussels has been yearning for.

To get an idea of how these festivals can bridge the gap between decision-makers and the public, in a survey of last year’s Danish Democracy festival, Folkemodet, an impressive 82% of the participants said they had gained new knowledge on political issues, and 62% said that the festival had inspired them to become more active in politics. Altogether, these festivals have attracted 430.000 people in the last year alone, though previously only regional – or at most at a national level. Could this concept be what the EU needs to encourage more public engagement? 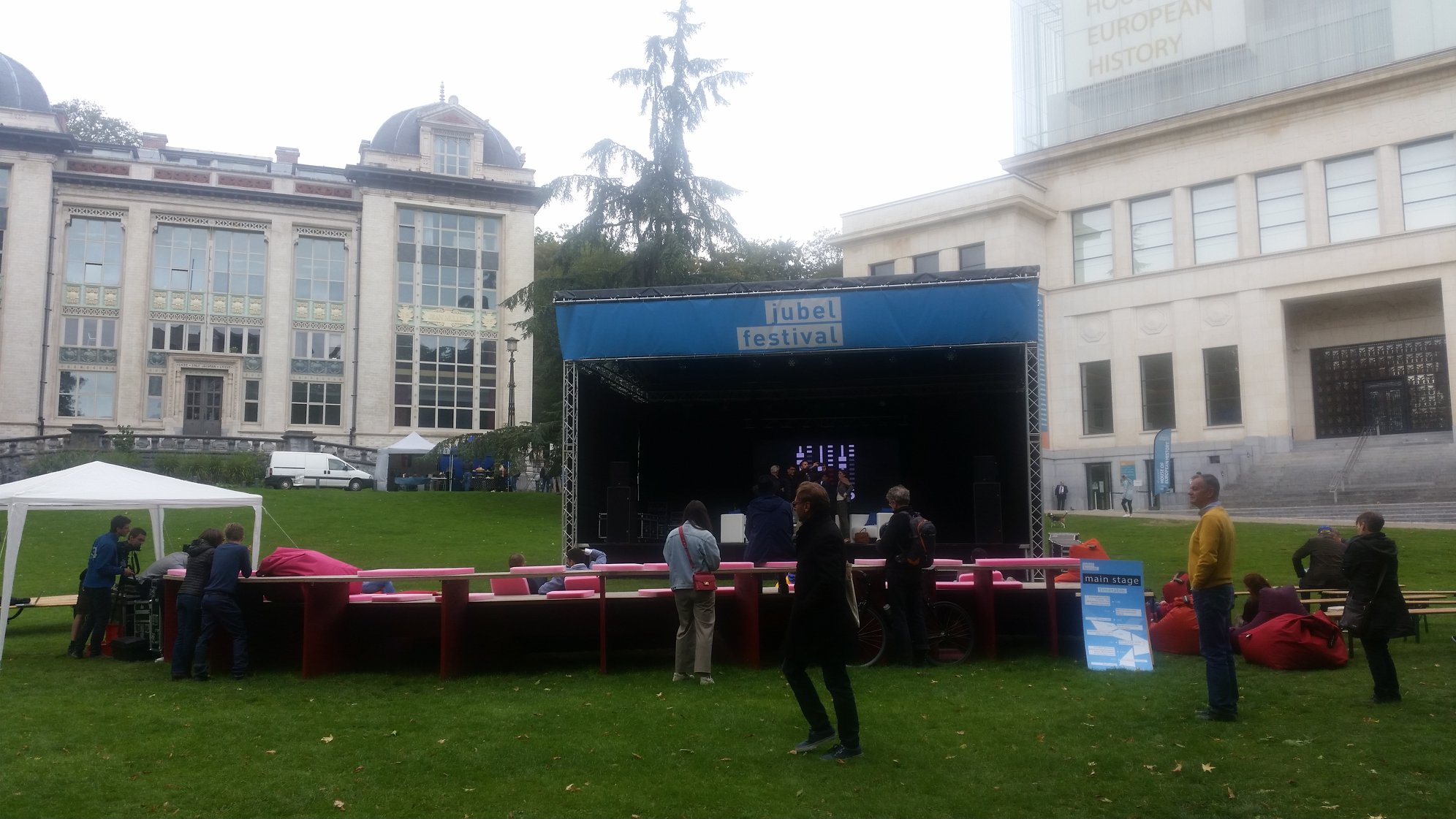 Because of their popularity, similar festivals are now imported in Germany and the Netherlands, and possibly Belarus, France, the UK and Ukraine in the near future, according to Jubel who organised the Brussels event. But this year it was the EU capital’s time to shine, as it brought this northern European idea up to a union-wide level. 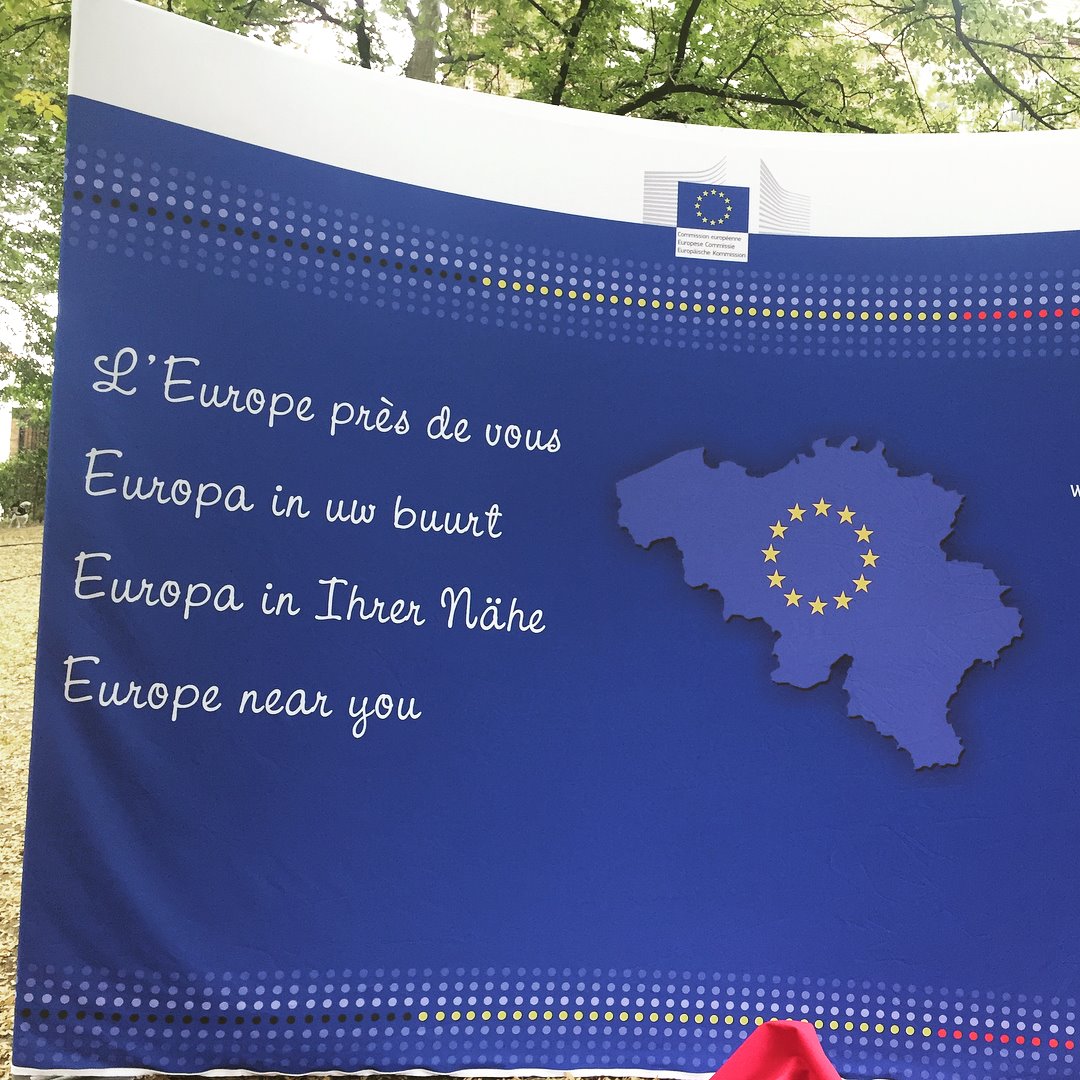 But how did the EU Bubble take on this concept?

Naturally, the space was transformed into a showcase of the institutions, with the European Commission, the Committee of the Regions and the Court of Auditors all claiming their own tents, which dotted the park and each contained an array of smiley volunteers, ready and willing to answer questions and hand out pamphlets to spread awareness of their contributions to the European community. 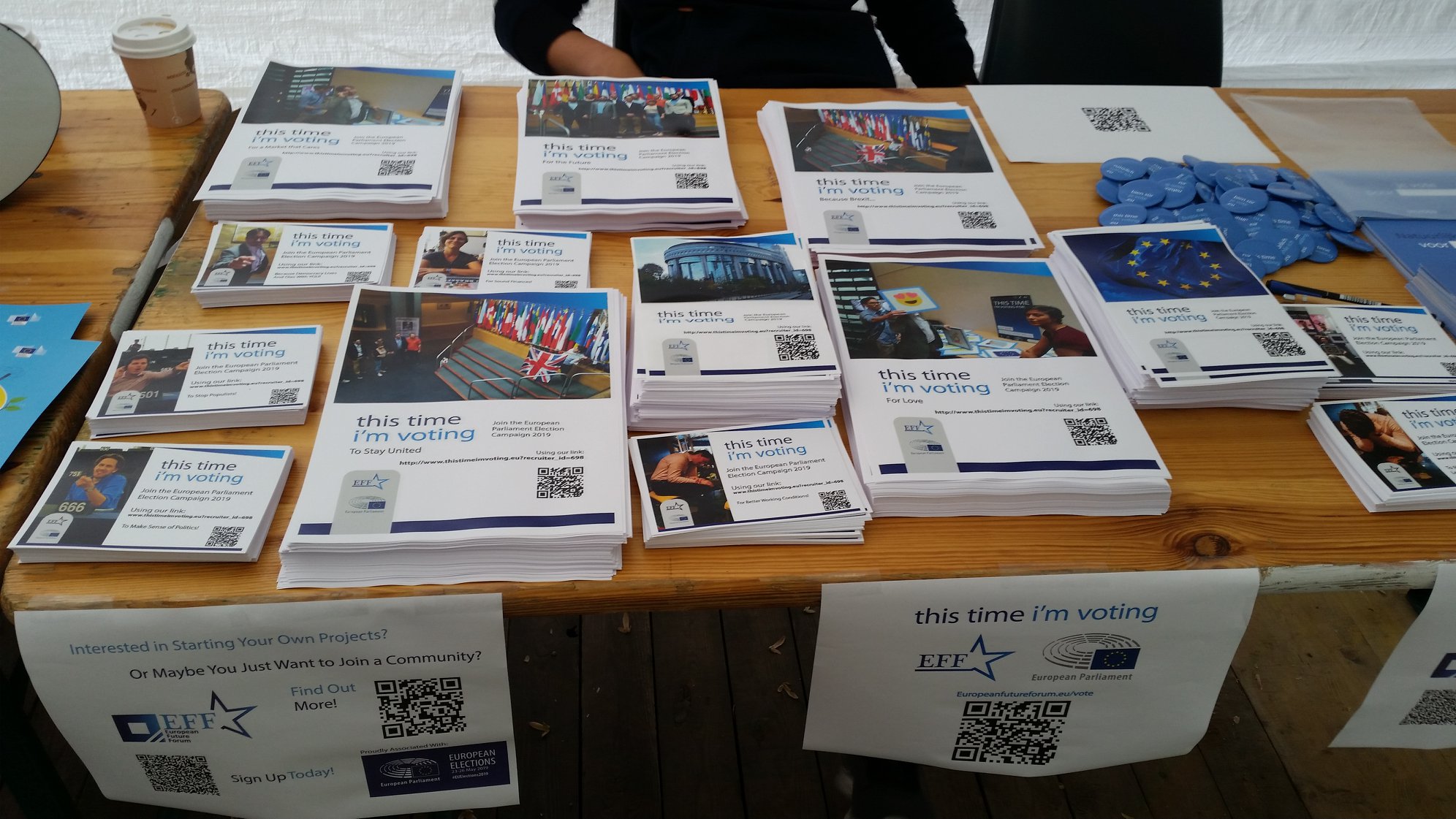 The European Future Forum (EFF)  (which established Euro Babble Magazine) had the privilege to set up shop in the European Commission tent, which, apart from being generously adorned with any a map and pamphlet about the institution, included a questionnaire where passers by could make their voice heard about the current state of the EU, as well as an EU-themed quiz with some Euro memorabilia up for grabs.

But the EFF had been bestowed specifically the mighty challenge of encouraging passers-by to register to vote in the upcoming EU elections, due to take place in May 2019. The campaign slogan, “This Time I’m Voting” uses the simple yet powerful statement at a time of uncertainty for the Union. With the UK departure imminent and current turbulent relation with the two member states Hungary and Poland, this statement is sure to have been passing a fair number of lips – even those of citizens who have never before felt inclined to exercise this right, either due to indifference of the decision-making processes of the EU or simply due to a lack of information on the process.

This year’s election could mark a turning point for the EU elections, as an increasing number of citizens pledge to vote for the very first time. In the tent, participants were encouraged to write down what specifically motivated them to vote this time around – answers ranged greatly, from concern for the environment, to democracy itself, and the need to exercise one’s freedom to have a say at every opportunity.

EFF Director Dominik Kirchdorfer had this to say about the event’s relationship to the election campaign: “We believe that civil society has an important role to play in the survival of democracy. Look at some of the developing nations that have received international aid from sources, such as the EU for over twenty years now. Those that have developed a strong civil society, developed a strong state, which facilitated the development of a stable growing economy. Those nations that lacked a strong civil society ended up funding corruption and terrorism instead.”

“That is why we, as a civil society organisation, decided to partner with the European Parliament to deliver the institutional campaign and why we think events such as democracy festivals are a good starting point. I hope that we will see many more democracy festivals across Europe, both in cities and rural areas. They help to strengthen citizens’ awareness of and involvement in politics and civil society.”

On top of that there was an array of workshops which took place over the course of the day, ranging from budget and immigration discussions to fun games for the whole family like a European Trivial Pursuit.

So, were you in Brussels to see the festival for yourself? What would you think if this idea came to your country?

And lastly, is this is the way forward for better engagement of EU citizens with the EU project? We would love to hear your thoughts!