The EU currently boasts 24 official languages, demonstrating an impressive linguistic diversity. However, the European community is also home to numerous regional languages to add to this total, from Sicilian to Silesian, Gaelic to Basque. What do these less-spoken tongues, scattered across all four corners of Europe, have in common? Are they fading out of relevance or do they offer something to the European community today?

This series will explore not only how Europe’s plethora of languages came to be, but how they have intermingled throughout history and even today, how they influence belief systems and politics, and whether we should strive to protect them from fading or changing, or simply accept this as natural linguistic evolution.

Often pushed to the sidelines and in some cases fighting the threat of extinction, as the younger generations tend to favour the national lingo, these overlooked cousins of Europe’s official languages continue to thrive against all odds. They offer a fascinating window into the history of Europe’s language families, into historical communities whose pasts are woven into the narrative of Europe, and they act as a reminder that  Europe is much more nuanced than the rigid national borders we see on modern maps. In fact, Iceland is the only country to not just have one native language, but also whose language, Icelandic, is not spoken natively on any other territory. Apart from this one exceptional example, all languages transcend national borders, and all nations are home to more than one native tongue.

These languages are nonetheless just as historically significant, culturally rich, and valuable to their communities. Perhaps it is not just those who speak them that should strive to protect them, but maybe all of us should consider fighting to keep these fragments of our joint cultural and linguistic history intact.

When thinking of the subject of regional languages, we often jump instinctively to Catalonia in Spain. But as fascinating and newsworthy as the Catalan situation is, the truth is there are so many more regional language communities within the EU that don’t receive nearly as much attention.

The fact is that some languages, such as English, Spanish and French, took off due to a number of factors including medieval population movements, colonialism and an ounce of chance. Not to mention that all of these examples are the linguistic melting-pot product of thousands of years of intermingling of different civilisations.

All of these languages, and every other widely spoken tongue, will undoubtedly have less visible language siblings, if you look closely enough, which often reveal a lot about the language family evolution in general. For example, Corsican, Catalan and Galician reveal a lot about how Latin evolved into Italian, Spanish and Portuguese, respectively. Similarly, Frisian provides us with a missing link between Dutch and Old English. Furthermore, Welsh, Irish, Gaelic, Cornish and Breton are a reminder of the cultural link and shared history of Europe’s celtic communities.

Let us not forget that there is a fine line between cultural pride and toxic nationalism. Whatever your views on the Catalan independentist movement, we must accept that while pride of one’s heritage can be completely wholesome and even beneficial to a community, it can quickly turn sour. We must learn to value our cultural and linguistic heritage without regarding it as superior to others.

In today’s increasingly globalised world, where widely-spoken languages such as English, Spanish or Mandarin are dominating other languages, threatening them to slip away, we could attempt to nurture these more fragile languages and encourage speakers to take pride in their unique heritage, as they all have value. On the other hand, this pride should be discouraged from escalating into discriminatory and hate-fuelled ideologies which certain minorities have previously adopted. Overall, linguistic pride, and any other sort of pride for that matter, is about balance: contentment and security within one’s own culture while also valuing others as equal and celebrating diversity.

Another argument against these recent revival efforts is that they are futile and that attempting to stop the inevitable fluidity of how we use language has no value. Of course, it took a great deal of linguistic evolution to go from Humanity’s most primitive grunts to the level of linguistic diversity and complexity which we enjoy today. Under this line of thinking, one may argue: why get angry that your language is adopting more and more anglicisms, or that new generations are naturally veering away from the regional languages of their forefathers, in favour of the national language which enables them to connect more with the wider world. Although change or loss can be sad, it is natural for languages to evolve constantly as time passes. Maybe forcing the use of those that are slipping away or condemning any changes the younger generations introduce is a wasted effort.

That said, if there are speakers who simply want their linguistic heritage to live on, who is to stop them from fighting to keep them in use within the education system, or to campaign to use it for road signs or local media? Recent revival efforts like this have taken place in Friesland (the Netherlands), Silesia (Poland) and Scotland to name but a few. It is maybe the threatening homogeneity of globalisation which has triggered this resurrected desire to go back to our roots.

So is every language sacred? 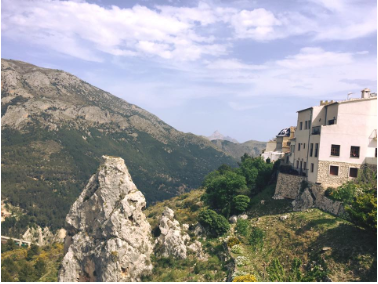 All things considered, it seems that the answer is yes. Of course, speaking any two languages will hugely benefit the mind and offer a whole new dimension to one’s perspective. When it comes to regional languages specifically, often coseting the frailer branches of Europe’s vast language tree, these communities collectively protect the tree as a whole. As each branch, and even the tiniest of twigs, adds to its overall span and complexity. And although many have risked snapping off completely, we continually see cases of where real effort is made to preserve them, whether that be in schools, at home, or on social media, even the most fragile of languages can come back fighting. Whether or not we come from one of these communities, it is important that we all see the value in preserving these unique little pockets of European culture.

Stay tuned for the rest of our Europe’s Many Voices series, where we will explore the many less visible languages of the European community in more detail, and speak to young Europeans from regional-language areas to find out more about them as well as how they coexist with national languages today.

Europe’s Many Voices: The Iberian Peninsula

The Iberian Peninsula encapsulates the culturally rich Spain and Portugal, where apart from the obvious Spanish and Portuguese, an array of regional languages also scatter the land. I asked young people from some of the peninsula’s various regional language communities to share their experiences and thoughts about their unique linguistic heritage. Spain is an especially […]

The 29th March 2019 was engraved in many of our minds for 2 years as the day that the UK finally breaks away from its former EU family. Whether this day was eagerly anticipated or dreaded, it was unanimously deemed as a turning point for the future of Europe. Alas, the date came and went […]