This article was produced, courtesy of our partnership with EU Events.

It was an unusual atmosphere in the European Parliament, as two sombre-faced actors marched to the front of a conference room to give an intimate, intense and haunting performance: “La Route du Levant” (“The Route from the Levant”) which has been touring Belgium for some months now. With a name that has Old Testament vibes, it may come as a surprise that Swiss writer Dominique Ziegler  plunges us into a police station interrogation room, where a heated discussion unfolds between a young Muslim convert-turned-Jihadist and a despairing inspector, attempting to dissect this young man’s true motivations.

(But indeed, Huntington would argue that the ideological crator separating these two individuals has indeed been ruminating since Abraham’ day…)

Beyond the fear and prejudice which we all cling to, the play presents us a scene which, although linked to an issue worryingly familiar to us all, usually remains behind closed doors. The aim is to try to understand the backstories and human faces behind the abhorrently violent acts that we are repeatedly told are the product of religious radicalisation.

While the policeman defends the opportunities offered by Western society, the terrorist suspect represents the disillusionment of much of Europe’s working class youth, feeling like a hopeless outcast from society – who are the most vulnerable to radicalisation. A tense interrogation ensues, where each tries to destabilize the other, with cutting remarks and generalisations being spouted by both parties. Their visions of the Western world unsurprisingly clash terribly.

Here, Ziegler unveils a crucial issue of modern times: what factors are driving Europe’s young people to adopt the violent and radical ideas which are causing Europe to feel such terror and misery?

With Islamic extremism –  and the devastating terror attacks which can result from it – still very much in the front of Europeans’ minds, particularly as this performance took place in the week of the one-year anniversary of the Manchester Arena attack, this topic remains a heavy yet difficult issue. And so, as Ingrid Pecquet stressed in the previous Cities4Europe event, this is an example of how art provides a unique vessel for which we can communicate these complex and difficult issues, to initiate necessary yet sensitive conversations.

Here, the controversy lies in the humanisation of those we would, quite frankly, prefer to hate unconditionally: Islamist radicals; terrorists; Jihadists. We hear increasingly that these people are “vulnerable,” “brainwashed” or even “abandoned” – attempts to reveal the victim behind the evil which, when faced with horrors such as the Brussels Metro, London Bridge or Bataclan attacks (the list goes on) –  we would understandably prefer to dismiss vehemently.

Stripped bare, with no stage set, fancy props or costumes to hide behind – the attention of the audience is focused almost exclusively on the powerful words spoken.

The two characters’ ideological and cultural separation begins as so vast, that neither can barely complete a sentence without crying out in frustration. Simple questions which open the interview, such as ‘what is your name?’, ‘what is your job?’ or ‘who are your parents?’ erupt into a rage on the suspect’s part that he is the victim of a personal attack – the inspector’s correction of the Islamic name which the convert had given himself, reminding him of his European origins, made it clear that the suspect sought complete disassociation with this connection to the West.

Although just one interrogator carries out the session, he oscillates between “good-cop” and “bad-cop” territory. To begin with, his mocking and dismissive tone, loaded with anger and disbelief, mimics how many of us regard Jihadists. That being said, many of his remarks, such as “you’ve been fooled by propaganda,” and “you wouldn’t last 3 days in Syria – you’d miss your iPhone, your fancy trainers and McDonalds,” approach the accused more as an immature, brainwashed victim than as a heartless monster. He is ridiculed and patronised rather than being treated like someone to fear or take seriously. It is this approach that the interrogator sticks to for the majority of the discourse.

As the inspector uncovers more about the suspect, either strategically or as a result of increasing empathy (it is not made clear), he makes attempts to connect to him. At one point, he even states that the terror suspect at the other side of the table reminds him of his own son, due to his strength and determination – certainly not a comparison many parents would be prepared to make.

And yet, this utterance touches on the elephant in the room: that despite everything, whatever the reason behind extremist beliefs or violent acts, such radicalised individuals are still human beings, with a backstory to how they came to this horrific path. In this character’s case, based on the increasing number of similar cases we now see in Europe, he was born to an ordinary western family, before he was ‘saved’ (as he puts it) by these extremist ideologies which he came across online.

Interestingly, the character mentions some arguably valid points to defend Islam, often used by well-intentioned ordinary Muslims, such as that womens’ modest dress is more often than not their own choice, to deter sexual objectification. However, these familiar arguments are combined with more shocking remarks, such as the character’s belief that killing innocent people in the name of ISIS would supposedly be justified, in that western governments have been known to contribute to the killing of civilians in the Middle East.

This uncomfortable suggestion opens up a can of worms when it comes to how western countries often turn a blind eye to the horrific death tolls overseas, whilst complete upheaval of society ensues when a comparatively low number are killed in attacks closer to home. Although morally wrong without a doubt, these myopic tendencies most likely come down to the fact that with so much evil and suffering in the world, we are all becoming desensitised to varying degrees. However, when a bomb explodes or there are gunshots in your own country or city, it becomes a lot harder to ignore.

Another troubling statement from the suspect is his glorification of dying while fighting for ISIS, claiming ‘the temporary pain will lead to an eternity of bliss.’  When confronted with the reality of war and of death by the interrogator, he simply responds that dying under such circumstances would be ‘an honour.’

The frequent references to well-known brands – from the interrogator mocking the suspect’s inability to live without McDonald’s, to the suspect mocking the interrogator’s Nespresso machine and mentioning that his father works in Carrefour – let the whole situation appear much  more real and relatable for the audience. They remind us that a radicalised extremist could well be the next person in the queue at McDonalds or the son of the cashier at their local Carrefour – but also in some way unite the two characters, who initially appeared to be living on different planets. Although their lives turned out very differently, they are still living in the same modern, western society: using the same amenities and benefiting from the same protections which it has to offer. On some level, these seemingly trivial details connect us all.

On a deeper level, these frequent references to brands call into question the matter of capitalism, which the suspect claims to reject on principle. Considering how the two found some sort of negligible common ground, this means that the suspect wants to separate himself from the policeman on the smaller scale – however on a larger scale, its about breaking with mainstream western society which the policeman represents. When told by the inspector that he wouldn’t last in Syria without the comforts Western societies, the suspect aggressively objects, claiming he rejects the capitalist materialism of Western society.

The end of the performance is where all of these accumulating tensions come to a head. The policeman takes out a pistol and condemns the suspect to death. Visibly terrified, the suspect babbles on about his state-given rights, about how this is a breach on European law – though the inevitable punchline is left unsaid, hanging in the air as the play ends abruptly.

Ziegler, the two actors and several experts in radicalisation and religious extremism then opened a discussion of the issues touched on during the performance.

The controversial attempt to portray the human side of the radical was discussed in depth – how this empathy for the condemned is necessary in order to strategize a solution to combat this increasingly widespread problem. 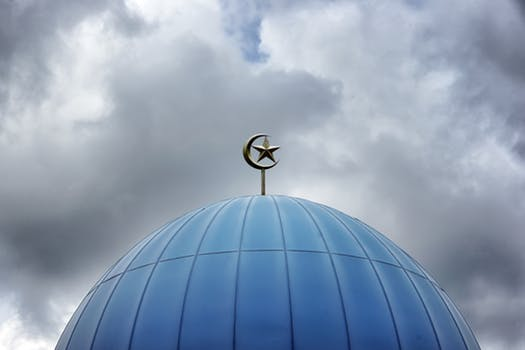 Who is vulnerable to radicalisation?

A common trope, as used in the play, is The Convert  that is born and raised in western society. Often during that transitional phase between adolescence and adulthood, a switch is flicked and then they suddenly turn against the very society and culture which they come from. This hatred is made very apparent by the condemned character, who makes a point of only using his self-given Arabic name, and that Western society is lacking in values, even claiming that his sister “dresses like a whore”. This is often put down to the individual being lost and in search of a community, or set of rules to live by.

A member of the audience added that it seems one of the most pressing issues here in Western Europe, where immigration from Islamic countries has been ongoing for several generations, is the situation of second or third generation youths. They often do not feel accepted, neither by their indigenous peers, nor the natives of their ancestral land, – leaving them somewhat caught between the two worlds while detached from both. Evidently, this does not always lead to radicalisation, but many of the recent Islamist attackers in Europe were indeed European-born but to immigrant parents, following this same pattern.

Lasting resentment over colonialism is another factor when it comes to immigrants or their descendents becoming radicalised. Indeed, the European countries where terrorist attacks are most prevalent these days, Belgium, France and the UK, all have a turbulent history with colonisation – in the latter 2 cases of Islamic countries specifically, and all of which have significant minority populations originating from Islamic ex-European colonies to this day.

The bottom line is that it is impossible to erase the often shameful history which many European countries were part of – and this history will certainly not be forgotten by today’s Algerian, Pakistani, and Lebanese EU citizens, for example. For a minority of these groups, that history is not excusable, cultivating a strong resentment for Europe which makes them more vulnerable still to radical ideologies which oppose everything that European society stands for.

Gregory Carnoli, who played the terrorist suspect, commended Ziegler for exposing a side of radical Islamists not often seen, and for addressing the various social issues in Western society which could be contributing to this phenomenon. He stressed the current necessity to make the pre-teens of today to feel accepted by and involved in their communities, to decrease their likelihood of following the same path.

Evidently, we must dig deeper when it comes to Islamist radicalisation. There are a range of factors and backstories which can push individuals to these extreme lengths. We should certainly neither attempt to justify nor to excuse terrorism, but by identifying its root cause, we can at least attempt to prevent the vicious cycle of radicalisation.

There is no such thing as “White culture”

The Right to Not be Seen: How a Piece of Cloth is Dividing Europe

We live in a time of major shifts and upheavals. Technology changes everything around us from (geo-)politics, the environment, markets and the media, to how…