This article was produced, courtesy of our partnership with EU Events.

European society is in constant flux – from the unstoppable forces of social media, populism and globalisation, to improved mobility making borders fade and cultures mix – there are both pros and cons. It was the “Cities4Europe” event in Brussels last week, where an eclectic panel of experts on politics and culture, from mayors to film directors, discussed the idea that the ancient construct of “the city” is slipping away in Europe.

“Where are you from?”

Nowadays, due to increased movement, European citizens are more likely to base their cultural identity on their national or even European status, rather than primarily identifying with the town or city which they are from.

This may not come as much of a surprise to millennials, but it’s easy to forget that only a generation or two ago, travelling abroad was both more costly and time-consuming than simply hopping on a 30€ Ryanair flight (whether or not this includes their sneaky additional fees). 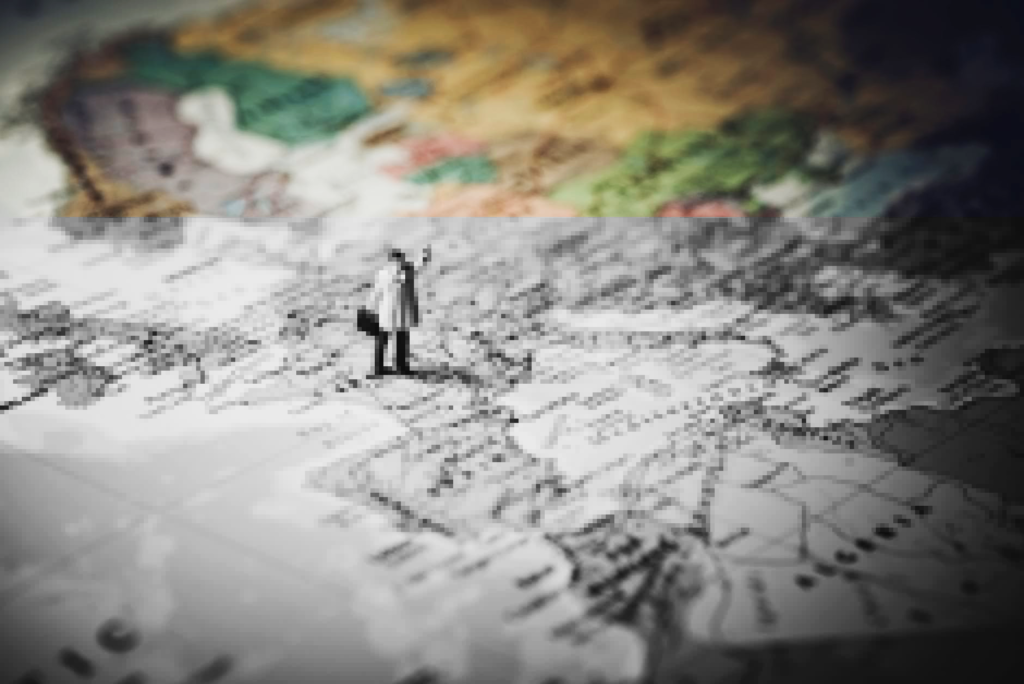 Back then, it would have been more common to identify as Mancunian, Sevillano, or Bruxellois before all else; Not only was your home city likely to be where you spent most of your time, where you were born, where you studied, and where you eventually settled down, but it was also likely to be where most of the people in your life also did all of these things.

In the age of Erasmus, budget airlines and Skype, it is perfectly normal to have lived in 2 or 3 countries before you turn 25, have friends and family scattered across the globe, and to share an office or even a home with as many nationalities as there are people. Frankly, the particular city where we come from shrinks in relevance when our social circles stretch so far. As a result, we are perhaps more likely to identify more strongly with a much larger community – such as our nation state, or even the EU.

But this is all good news, right?

Indeed, all of the above contributes to a much more diverse, open-minded, and – let’s face it – interesting society. Our grandparents probably couldn’t have even imagined this kind of mobility and daily exposure to cultural diversity when they were our age.

However, a key concern during the Cities4Europe debate was that, despite these obvious perks to a globalised Europe – where social media not only makes us more connected, but has led many young people to become increasingly engaged with national and European politics – according to the panel, they appear to be simultaneously becoming detached from the community closest to home, from within the confines of their own cities. Evidently, this depends on the city: various examples such as London or Paris maintain a relatively strong collective identity, albeit evolving in modern times. Generally speaking however, the concern we have for our local municipalities, rightly or wrongly, is becoming overshadowed by the much vaster communities which we have become a part of. 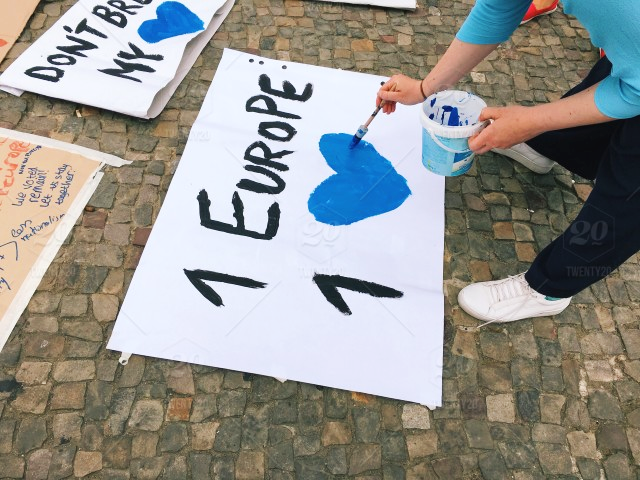 Ingrid Pecquet, director of “Recyclart” – a community organisation encouraging the use of art for political expression – insisted that citizens need to be encouraged to “take ownership” of their city. Recyclart defines art as a “political tool,” inspiring us to think about our society and helping us to build social cohesion within the city. Pecquet stresses the fundamentality of recreating the links between people within the smaller communities of cities in order to resuscitate a shared sense of pride and unity.

To do this, she claims a more open and inclusive dialogue is needed, adding that an emphasis placed on art and culture intended to inspire social and political action is profoundly important. Whether this be through the medium of film, music, street art or prose, Pecquet argues that art and culture inspires emotion which leads to more passionate, engaging and fruitful discussions about politics.

But can’t regional pride be dangerous?

Indeed, in today’s climate of toxic nationalism and radical independentist movements, the notion of regional pride can inspire a new kind of fear in modern Europeans. But a sense of community spirit and appreciation for one’s city needn’t sour into anything more. It is not only possible to be both proud of your own local community while appreciative and respectful of others, but it is healthy.

Such a balance would ultimately contribute to the simultaneous collective pride on a national, European, and even global level. It is perfectly possible to be a proud Venetian, Italian, and European all at once, for example – and this is what we need to strive for today. An awareness and appreciation of one’s multi-levelled identity will strengthen our cities, nations and international relationships all at once.

Another difference between healthy and dangerous regional pride is that the former has no concern for ethnicity, birthplace or social background – this type of pride is intersectional, and inclusive of all individuals who identify themselves as a part of the community, rather than marginalising immigrants and minorities, deciding on behalf of others whether or not they “belong.”

It is not about condemning the natural evolution of regional culture as it becomes exposed to others, but rather embracing this constant movement and maintaining a stronger and more constant sense of identity that is not weathered or threatened by such influences, but rather embellished. But is such an idealistic approach to regional pride attainable?

Why are cities under threat? 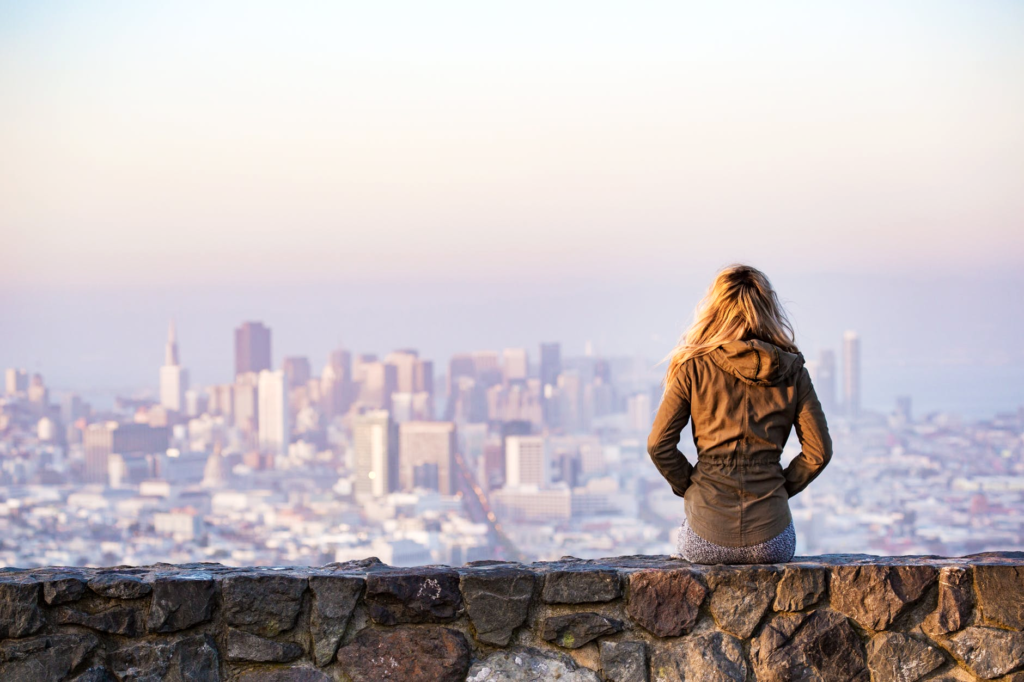 Saskia Sassen, sociologist and professor at Columbia University, put the changing city dynamic down to big firms moving their premises to more suburban areas in recent decades, triggering the troubling notion that “cities are over.” She stressed the need for cities to “recover their city-ness,” meaning the cultural and communitarian element to cities which these big corporations probably don’t hold at the top of their list of priorities.  Cities, after all, are more than just economics – they are our communities, our cultural hubs, and our homes. It is thus the citizens’ own responsibility to keep this sense of community alive while avoiding verging onto toxic nationalistic territory.

Although there are other factors to consider when it comes to a particular region’s collective identity – such as language, religion and how urban the area is – the consensus of the panel was that the sense of community of Europe’s cities was overall diminishing.

Sassen presented the fascinating idea that “a city is a complex yet incomplete system.” We should perhaps approach cities then more as ongoing projects that we can work on together, rather than static entities that we simply take what we can from.

She also described the city as one of the few places where those without power can create culture, going on to explain how local authorities should do all they can to grasp the ideas and passions of the general public and incorporate them into their decision-making processes. However, she continued, is it truly everyone’s responsibility to contribute to how their city is run? Is it not okay to opt out?

The Threat of Indifference

This brings us to another cause for concern brought up in the discussion: the inevitable chunk of the population who just don’t really care enough to engage with local politics.

President of EUROCITIES and current mayor of Ghent, Daniël Termont, predicts a huge change in the dynamic of cities over the next 10-15 years, hoping that city council decisions will be made on the streets by the citizens, rather than limited to the walls of the town hall. He mentioned the initiatives proposed both by the European Commission and the Committee of the Regions in the name of an improved dialogue between citizens and their respective authorities. He stated (perhaps biasedly) that “people need to work with rather than against authoritative figures” in order to overcome local social issues.

That being said, as Phillippe Van Parijs – philosopher and economist – underlined, citizens cannot be forced to engage in this dialogue. There will always remain, he stressed, a significant proportion of any population who simply do not feel motivated to get involved in the issues which go beyond their own daily routines and have a tendency to leave the political decisions to somebody else.

The best that can be done, according to Van Parijs, is to motivate citizens to be more engaged, whilst holding that realistically speaking this passive portion of the community will likely always exist. However, his closing message was this: rather than asking what the EU can do for us, we should be asking ourselves what we can do for it – and the same applies to our cities.

Similarly, Gilles Pargneaux – French MEP and councillor for Lille Metropole – adds that  citizens should not criticise politicians or local authorities without proposing any ideas of their own. Complaining without asking ourselves what we can do to initiate change is something we can all improve on. This modern culture of expecting change rather than facilitating it is perhaps the greatest threat to politics today – whether that be on a regional, national, or EU level.

Culture is fluid and we should not fear its evolution over time as it mixes with others, nor should we attempt to preserve it like a time-capsule. We can feel pride for our heritage without adopting this close-minded worldview – in fact, true cultural identity is not threatened but rather complemented by the multiculturalism Europe’s cities enjoy today.

As for political action on a local level, Mayor Termont concluded that the best thing Europe’s mayors, MPs and citizens can do now is to listen to each other better. This, of course, means leaving behind our prejudices, our habits of taking rather than giving, as well as the easy route of blinding ourselves to the bigger picture and concentrating solely on our personal day-to-day.

After all, we all know in reality that politics is a huge part of our daily personal lives – our jobs, our cities and the money in our pockets are all directly influenced by those political decisions which we should all be making together, rather than complacently leaving to somebody else. 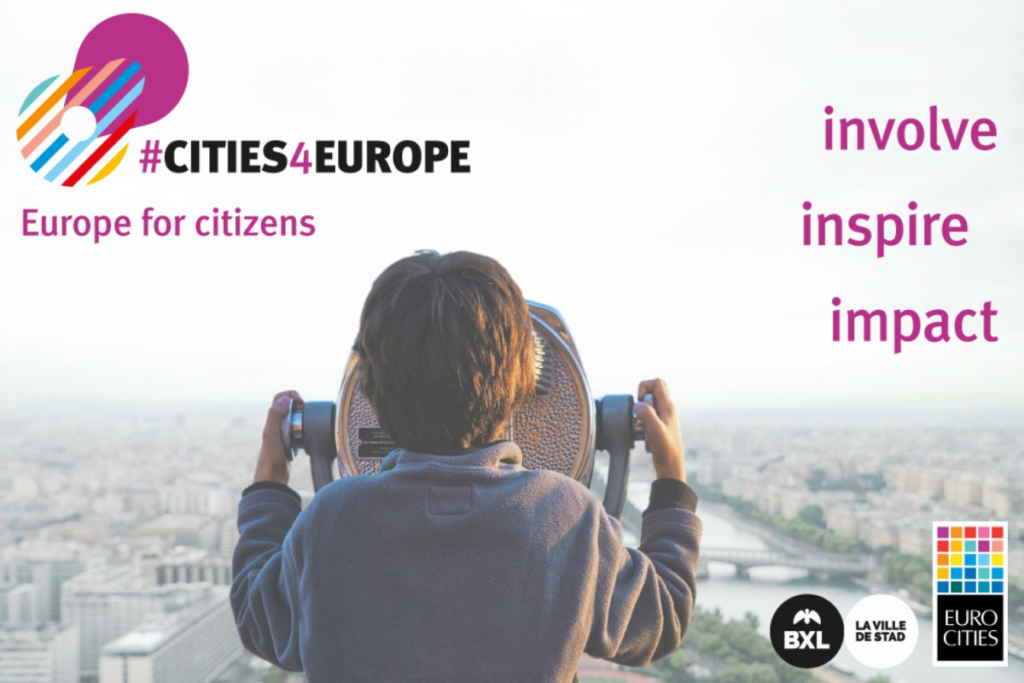 Vladimir Putin’s political assault on Europe has been a meticulously worked plan which has been catalysed by Trump’s commandeering of the White House. Since assuming…

Turkey not European enough? What is “European” anyway?

While the world celebrates the dawn of 2018, Turkey reaches the tentative milestone of 19 whole years as an EU candidate country. That’s almost two…

We live in a time of major shifts and upheavals. Technology changes everything around us from (geo-)politics, the environment, markets and the media, to how…