Trouble in Paradise? Why the tax haven blacklist caused such a commotion 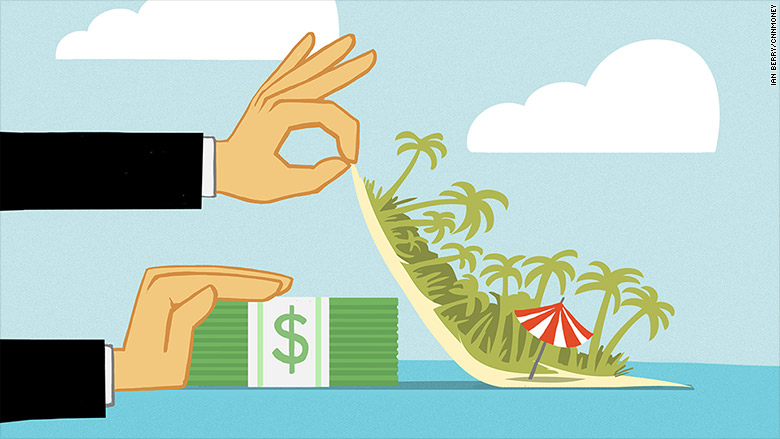 A storm has been brewing in the world of taxation and now it has Brussels in its grip. The EU’s response to the Paradise Papers leak was to publicly name and shame the guilty parties on an official blacklist in an attempt to discourage these dodgy taxation practices. It was completed as an early Christmas gift for a lucky 17 countries back in December. But why did it strike so many chords?

Let’s break down the current state of play. 18 months after the Panama Papers were leaked (11.5 million  leaked documents detailing financial and attorney–client information for more than 214,488 offshore entities) came the “Paradise Papers” sequel: 13 million further incriminating documents, mainly from Bermuda-based offshore finance firm Appleby, revealing the juicy secrets of many of the world’s most high-flying corporations, such as Apple and Nike.

The EU’s Solution: The Blacklist

European Commissioner for Economic and Financial Affairs, Moscovici, later announced that EU Member States would collaboratively put together a blacklist of tax havens to name and shame common hubs for companies wanting to dodge those pesky taxes. 17 states and overseas territories had their fiscal reputations tarnished when the list was published back in December, including the United Arab Emirates, Tunisia, South Korea and Panama. Several other countries who pledged to make reforms to their current taxation policies were promoted to the so-called “grey” list, Hong Kong, Switzerland and Turkey among others.

However, in the months that have passed since the unveiling of this scandal, several problems with the blacklist (and its grey counterpart) have been brought to the public’s attention:

Coincidentally, no EU member state could be found on the list. This is despite plenty of evidence that these large corporations conceal most of their profits in Luxembourg, Belgium, Ireland and the Netherlands, right under the Commission’s nose. 2005 saw the US remove the Netherlands from the scope of its anti-abuse legislation. This has since triggered so-called “tax evasion orgies” in the Netherlands, where US businesses have created legal structures, called “commanditaire vennootschap,” creating a loophole which lets them avoid tax completely. The Netherlands resultantly became the fairest tax haven of them all for US corporations. And so, billions of euros in taxes are lost by Member States, as well as the US… but this seems to have just been swept under the rug.

Member states seem to keep on turning a blind eye to the tax havens closest to home, whilst focusing on those more exotic-sounding destinations. MEP Lamberts claims that the Benelux trio (Belgium-Netherlands-Luxembourg), are some of the worst culprits and even seem to be in some sort of tax haven power struggle, competing for the lowest rates. He hopes that this leak will be a wake-up call for the Commission, by exposing these shady practices.

The Panama Papers revealed that even Queen Elizabeth II has been at it! They leaked that she had invested nearly $10 million in shell companies in the Cayman islands and Bermuda. This is not illegal according to the BBC, but it certainly raised a few eyebrows for being ethically questionable since these areas are known tax havens. And yet, perhaps not surprisingly, Her Royal Majesty did not make it onto the blacklist either…

Meanwhile, Tunisia has disputed place on the list as not only an unfair blow to their already-fragile economy, but this has also been deemed a major economic and political blunder by the media, since the country has long acted as a sort of barricade for the EU against radical Islamism (wasn’t the blacklist supposed to be about tax havens..?). Within 6 weeks of the announcement, Tunisia was removed from the list, along with 7 others, including Panama, were suddenly dropped from the list, supposedly “without explanation” according to the Middle Eastern Eye. This only adds to that unfortunate impression that those who stamp their feet the loudest will get what they want.

Another problem some have with the blacklist is that there are no real consequences (other than public shame, of course) for being featured on it. Alex Cobham from the Tax Justice Network deems it “completely pointless to have a blacklist with no sanctions,” adding that the guilty countries must be “letting a sigh of relief” upon discovering the leniency of their alleged punishment. MEP Sven Giegold agrees that this sanction-less blacklist is “toothless.” Even Moscovici admitted that the list is not a sufficient response to the sheer extent of tax evasion practices taking place today, but it is nonetheless a promising step in the right direction.

What are the EU’s long-term solutions?

Commissioner Moscovici claimed that he wants to put a stop to the “culture of secrecy” which had previously allowed tax evaders to slip under the radar. He stated: “The scope of these revelations is staggering…The opaque world of fiscal fraud suddenly appears in daylight. We are inevitably disgusted.” But one can’t help but question how much of a surprise these revelations really were to those at the top of the taxation world, especially it now coming to light how widespread a problem this is. However, Moscovici does stress that more has been done to fight against tax evasion in the past three years alone than in the past two decades, suggesting that the Commission has come a long way in this area. That said, if so much has been done this past three years to keep tabs on tax evaders then why did the Paradise Papers allegedly come as such a shock? At the end of the day, actions speak louder than words:  months have now passed since this particular leak, and we are still waiting to see concrete solutions.

One of the Commission’s recent initiatives in light of these damning revelations is the launch of the new portal “TAXEDU.” This website and mobile application aims to educate young Europeans about tax: what it is, why it matters, and how it affects each one of us personally. This is just one of the ways the Commission is trying to put a stop to tax fraud in the long term, spreading awareness about why we need to pay our taxes from a  young age. (Check it out here: https://europa.eu/taxedu/) Well-intentioned, undoubtedly, but never mind educating the potential tax-evaders of tomorrow – what about the ones ripping us all off today?

Furthermore, as previously discussed, the EU member states’ finance ministers have decided to shorten the official list of tax havens, which has not been a hugely popular decision. Even Moscovici worried that shortening the list so soon could make it seem less credible. Along with the Commissioner, the European Parliament’s Green Group also demanded explanations as to why some countries were promoted to the grey list, or unlisted altogether, so hastily. That said, the grey list simply gives countries a year to redeem themselves before they get official blacklist status – surely more countries being encouraged to improve their fiscal situation (and fast) is a positive move?

All in all, tax evasion is a huge problem for the EU and we are all its victims. It represents one of the main losses for the EU budget, draining billions euros of resources from member states every year, with estimates going up to €1 trillion, according to Europa. Although it may not be a complete solution, nor free from bias, at least the blacklist has certainly gotten some attention, raising awareness of these goings-on and acting as a warning that tax evasion will not be hidden from the public anymore.